Hidden in the Heart by Catherine West, ©2012

***Special thanks to Catherine West for sending me a review copy.*** 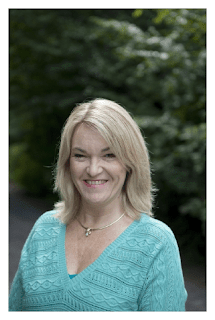 Catherine West is an award-winning author who writes stories of hope and healing from her island home in Bermuda. Educated in Bermuda, England and Canada, Catherine holds a degree in English from the University of Toronto. When she’s not at the computer working on her next story, you can find her taking her Border Collie for long walks or tending to her roses and orchids. She and her husband have two college-aged children. Catherine is a member of American Christian Fiction Writers and Romance Writers of America, and is represented by Rachelle Gardner of Books & Such Literary. 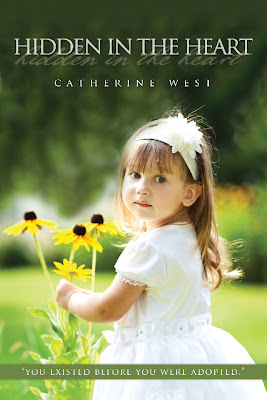 EVERYTHING CLAIRE WANTS
SEEMS TO BE BEYOND HER REACH...

After losing her mother to cancer and suffering a miscarriage soon after, Claire Ferguson numbs the pain with alcohol and pills, and wonders if her own life is worth living.

Adopted at birth, Claire is convinced she has some unknown genetic flaw that may have been the cause of her miscarriage. She must find a way to deal with the guilt she harbors. But exoneration will come with a price.

With her marriage in trouble and her father refusing to answer any questions about her adoption, Claire begins the search for her birth mother. For the first time in her life, she really wants to know where she came from.

But what if the woman who gave her life doesn’t want to be found?

FOR ALL THOSE WHO HAVE LOVED, EXPERIENCED LOSS,
AND LIVED LIFE'S ROLLER-COASTER

Hidden in the Heart by Catherine West
"YOU EXISTED BEFORE YOU WERE ADOPTED."

* * *
For you created my inmost being;
you knit me together in my mother's womb.
I praise you because I am fearfully and wonderfully made;
your works are wonderful,
I know that full well.
My frame was not hidden from you
when I was made in the secret place,
when I was woven together in the depths of the earth.
Your eyes saw my unformed body;
all the days ordained for me were written in your book
before one of them came to be.
--PSALM 139: 13-16

MY REVIEW:
Hidden in the Heart is a story of lost and found. Love lost, a love desired to be known. Hope lost; hope rekindled. The attitude of the heart revealed. A search necessary to very explicitly reveal truth. A hunger to be received ~ by self, by others. Closed off to emotion, Claire chances this drive within her to find her life. The desire of her heart to truly belong. From the death of her mother, to the miscarriage of her child, Claire leaves all she knows to seek her roots. The family missing her. In earnest she finds joy and acceptance in her seeking. She finds she was who she is all along. Loved. Loved by the Father who has been close and always will be. Revealed truth sets her free. Free to receive all that has been given to her and not restrained. She has tried to hide and be numbed by anxiety she thought was soothed by alcohol and drugs to avoid pain. Instead, she has been held captive. Captive to a lie that destroys. Come along on her journey to find she is fearfully and wonderfully made. Whole, and not deceptive thoughts controlling her. Free at last. Freedom coming from breaking through the barriers that hold her back from seeing and believing who she truly is. A child of the King. How He desires for each of us to rely on Him. His Word is true.


Everyone whom the Father gives me will come to me. I will never turn away anyone who comes to me. --JOHN 6: 37

Not partially found, but completely.


"You're going to have to face it at some point, whatever it is you're running from." He stood and paused a minute. "But nobody can make you quit. You have to decide for yourself that you're done, that you don't want to live this way anymore." --Hidden in the Heart, page 83

So much of what we don't know, we do. The void we have inside that needs to be filled. Emptiness that does not go away. Love comes to us as we open our hearts. Honesty and openness erases doubt and the fear of being dismissed... forever. Forgiveness is the open door to healing. We don't walk through the door alone.

What I especially liked about this book is the risks people took to come through the pain to the closure needed in aching hearts. Because they were able to hear each other, fear was removed. Love always wins. May we be reflective trusting transparency is the better way. It didn't come quickly, but their hearts were opened, and met. Forgiveness is key to acceptance. Gradual giving blooms to fragrance and unscathed roots. 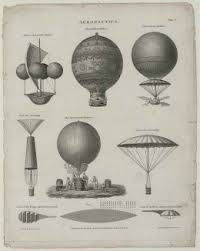 Book 2 in The Daughters of Bainbridge House series ~ Filled with the mystique of London society and the charming beauty of the English countryside, A Flight of Fancy explores what it means to find the true source of happiness and love amid the distractions of life. Readers will love the next installment in this rousing Regency series from accomplished author Laurie Alice Eakes.

A Flight of Fancy

Date Released: 10/01/2012
Her head is in the clouds. His feet are planted firmly on the ground. Can love cover the distance?

Our story begins in August of 1812 in London, England. Cassandra Bainbridge may be a bit of a bluestocking ~ an educated, intellectual woman, but when Geoffrey Giles is near, love seems a fine alternative to passion for Greek and the physics of flight. With his dashing good looks and undying devotion to her, the earl of Whittaker sets Cassandra's heart racing with his very presence. It seems his only flaw is his distaste for ballooning, the obsession that consumes so much of her thoughts.

Cassandra has twice set aside her scholarly pursuits--once for the London Season and once for her wedding preparations. Love seems a wonderful alternative to study, until disaster strikes. When an accident brings an end to her betrothal, she heads for the country to recover from both her injuries and her broken heart. With time on her hands and good friends to help her, she pursues her love for ballooning and envisions a future for herself as a daring aeronaut. But when Lord Whittaker slips back into her life, will she have to choose between him and her dream?

The Lord is nigh unto them that are of a broken heart; and saveth such as be of a contrite spirit. --Psalm 34:18

Are  Cassandra's good intentions marred by others around her? Is her father who he appears to be? Is Geoffrey free to live his honor or be blackmailed into the somber actions he would not choose?

A page-turner to find out the turmoil brewing in these turbulent times erases any presumption on the part of the reader. A Flight of Fancy is deeper than the balloon sketching and math calculations to keep it afloat. Laurie Alice Eakes has a depth of discovery to be explored as this pair travels ~ separately, or together? And what of her younger sister who is waiting in the wings? Honore is watching and waiting... It is to be seen if she lives up to her name. Her story is next. But, before we go there, enjoy A Flight of Fancy as we continue from Book 1 to find out the happenings of The Daughters of Bainbridge House and their travels. Each book can be read as a "stand-alone" as the action within is enough to keep you busy connecting-the-dots. A family or two to be reckoned with. A tale of suspense and love tied into one in this Historical Fiction novel set in the times of upheaval for all, however hidden by their daily lives.

Laurie Alice Eakes is the author of The Midwives series: Lady in the Mist, Book 1,  Hearts Safe Passage, Book 2, and Book 3, Choices of the Heart, being released in January 2013; A Necessary Deception, and several other novels. Laurie Alice Eakes received a Bachelor of Arts in English and French from Asbury University and taught two years of high school English. She prefers, however, to teach adults to improve their writing craft, and in January of 2012, began the coursework to augment her Master of Arts in Writing Popular Fiction with a Master of Fine Arts in Writing. Laurie Alice writes full-time from her home in Texas, where she lives with her husband and sundry dogs and cats. A Flight of Fancy is Book 2 in The Daughters of Bainbridge House series. Book 1 is entitled, A Necessary Deception.

When young widow Lady Lydia Gale helps a French prisoner obtain parole, she never dreamed he would turn up in her parlor. But just as the London Season is getting under way, there he is, along with a few other questionable personages. While she should be focused on helping her headstrong younger sister prepare for her entré into London society, Lady Gale finds herself preoccupied with the mysterious Frenchman. Is he a spy or a suitor? Can she trust him? Or is she putting her family in danger?
Readers will enjoy being drawn into this world of elegance and intrigue, balls and masquerades. Author Laurie Alice Eakes whisks readers through the drawing rooms of London amid the sound of rustling gowns on this exciting quest to let the past stay in the past and let love guide the future.

Honore, the third sister in the Daughters of Bainbridge series: Honore’s story, A Reluctant Courtship, will be released in the autumn of 2013.

~*~ ~*~ ~*~
Thank you to Revell Blog Tour for inviting me to join the blog tour for Book 2 in the Daughters of Bainbridge House series, A Flight of Fancy. I received a copy of this book in exchange for my review in my own words. Revell, a division of Baker Publishing Group, began over 125 years ago when D. L. Moody and his brother-in-law Fleming H. Revell saw the need for practical books that would help bring the Christian faith to everyday life. From there, Fleming H. Revell Publishing developed consistently solid lists which have enjoyed the presence of many notable Christian writers over the years. This same vision for books that are both inspirational and practical continues to motivate the Revell publishing group today. Whether publishing fiction, Christian living, self-help, marriage, family, or youth books, each Revell publication reflects relevance, integrity, and excellence. They publish resources from a variety of well-known brands and authors, including their partnership with MOPS (Mothers of Preschoolers) and Hungry Planet.

Available October 2012 at your favorite bookseller from Revell, a division of Baker Publishing Group.


Posted by Lane Hill House at 3:59 PM No comments: