Because I love Zion, because my heart yearns for Jerusalem, I cannot remain silent. I will not stop praying for her until her righteousness shines like the dawn, and her salvation blazes like a burning torch. --Isaiah 62:1 NLT ~ vs 2b, And the Lord will give you a new name.

So much J*O*Y awaits us. 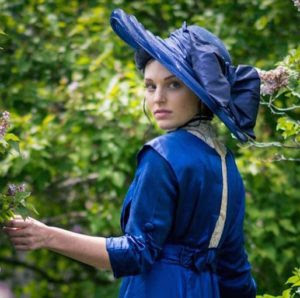 Margaret Lounsbury has become a main character dear to my heart. Overcoming adversity in her young life, she has been a beloved caregiver of her younger sister, Violet. Maggie and Violet live with their widowed Grandmother Hayes, proprietress of Heatherton, England's millinery shop. As daughters are preparing for their 1903 London Season, Maggie's skills under Mrs. Hayes' tutelage become very harmonious.

Receiving dire news of his father's illness, Nathaniel Harcourt returns to Morningside Manor, their estate on the outskirts of the village. Rushed into management roles, his return from the Royal Navy has given him determined fairness in the treatment of the village workers and their families. Nate enjoyed a friendship with Maggie amid their childhood days when their fathers were engineering partners. So much has changed with their current needs and discoveries of hidden perspectives.

This story will be a search for truth as the families are thrown together due to eventful mishaps. Secondary characters add to the story as their forthrightness shines. One unseen supporter is the owner of the gathering place, Mrs. Fenwick's Teashop. I would love to sample her scones and tea!

Enjoy this Sneak Peek from WaterBrook Multnomah ~ Prologue and Chapter 1

Commit your way to the Lord;
trust in him and he will do this:
He will make your righteous reward shine like the dawn,
your vindication like the noonday sun.
Psalm 37:5–6


Stop by Carrie’s Facebook author page and view her live videos February 21–25, 2017, 3:00 pm Eastern. She’ll be talking about the story behind Shine Like the Dawn and giving away a fun prize each day to one person who leaves a comment. Even if you can’t catch the live video you can still enter for 24 hours after it’s posted. She is also hosting a book launch celebration and giveaway on her blog February 25–March 6, 2017.
Like my Facebook Author page
Book Launch Blog Post 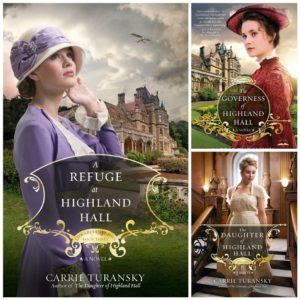 To celebrate her tour, Carrie is giving away all 4 books: Shine Like the Dawn, The Governess of Highland Hall, The Daughter of Highland Hall, and A Refuge at Highland Hall! Click below to enter. Be sure to comment on this post before you enter to claim 9 extra entries! https://promosimple.com/ps/b0fb

***Thank you, author Carrie Turansky, to Multnomah, and to Celebrate Lit for inviting me on this book tour... This review was written in my own words. No other compensation was received.*** 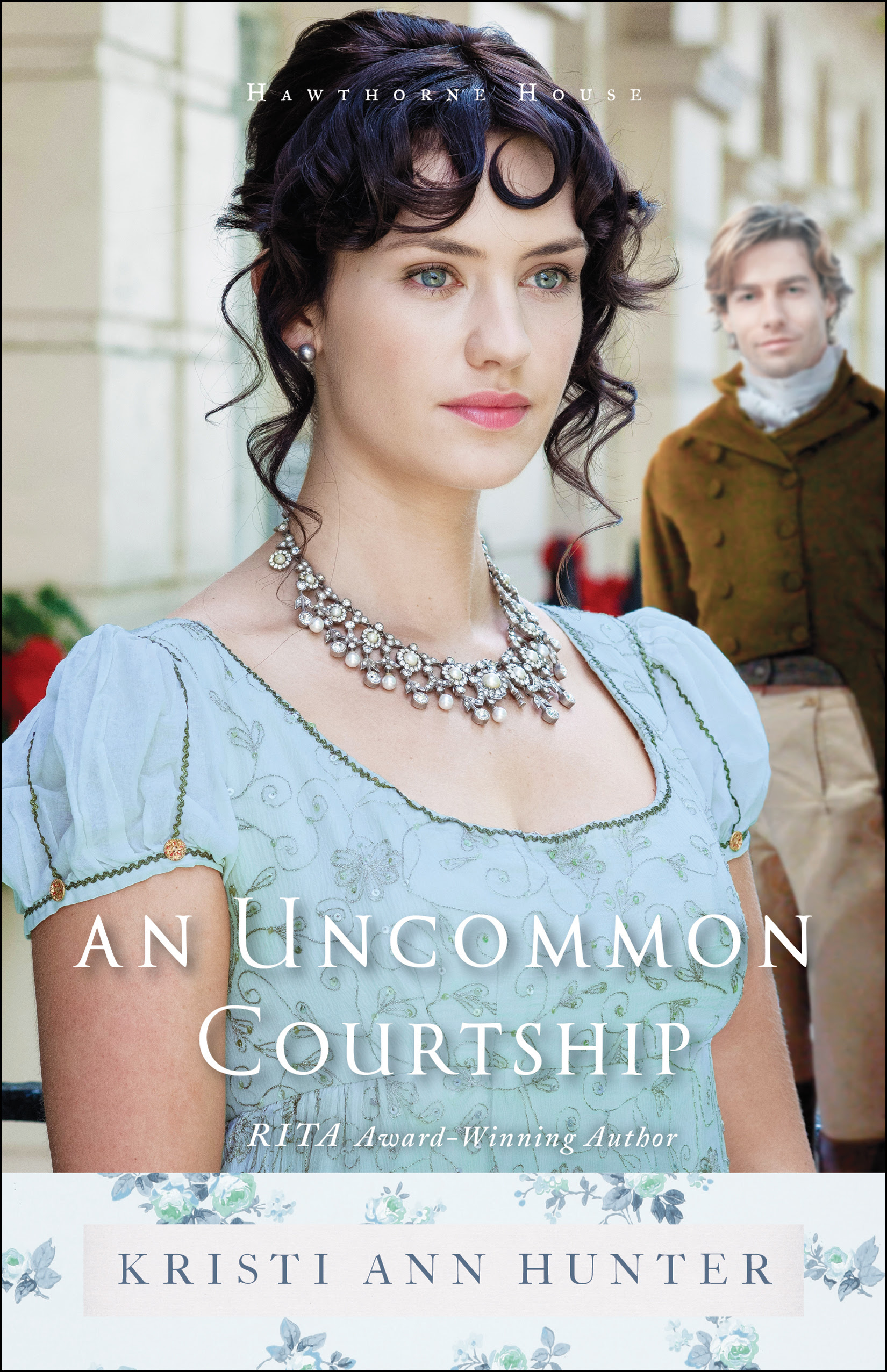 
Adelaide couldn't remember a more pleasant outing. Not once did she find herself wishing she could reach for the book she'd tucked into her reticule.
--An Uncommon Courtship, 114.

A girl after my own heart!!

This is a delightful story of first love ~ learn as you go. Set in an unexpected circumstance, second Hawthorne son, Lord Trent, begins to court his Lady Adelaide.

When was the last time you began and finished a book in one day ~ well if you count 2:20 a.m. a day?! Loved this book. So sweet to see hearts opening to each other for the first time, uncertain of their way and encouraged by those who care about them.

Trent is wanting to give Adelaide the social standing she has never had before and not to be overlooked. She grows in assurance and receipt of who she is; kind, giving, and able to have a voice in what concerns her. Standing up for herself she is respected and able to move forward in the life the Lord has for her.

Fear of man will prove to be a snare,
but whoever trusts in the Lord is kept safe.
--Proverbs 29:25

I liked the growth of this story, the trust they both have continuing forward, despite turmoil around them. Very well-written, this whole series brings family together in support and understanding. Good communication and I especially liked that Adelaide knew whom to go to for help and direction. Trent is well-taken as he turns to his brother and brothers-in-law. His sisters include Adelaide and assist watchfully in her coming out in society. Gossip is quenched being immersed in Truth.


How abundant are the good things
that you have stored up for those who fear you,
that you bestow in the sight of all,
on those who take refuge in you.
--Psalm 31:19

***Thank you to Bethany House Publishers for sending a print copy. This review was written in my own words. No other compensation was received.***

Posted by Lane Hill House at 12:41 PM No comments: 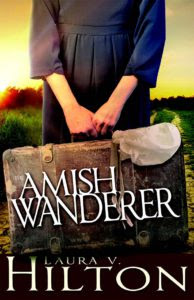 What makes a wanderer? Could it include one who travels without leaving home? Bethany Weiss is seeking relief from a lack of protection. To be honored, loved, and respected by the very ones she should be able to trust is a deep desire unfounded. Silas Beiler has returned to town. Bethany was able to join her faith and trust in Silas when they were younger. Could it be he has come to rescue her? 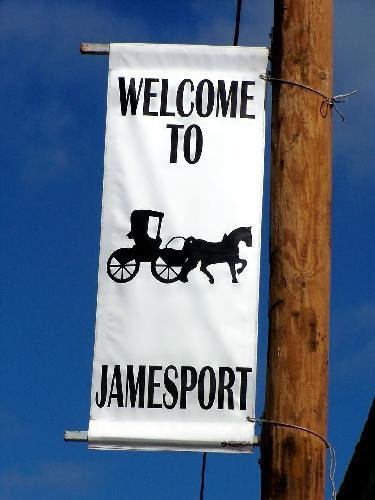 Jamesport, Missouri, is a visitor haven for the Englischers seeking to purchase home goods the Amish have made. Jams, jellies, homemade pies, quilts of many patterns, fine woodworking; warmth within and without. But this story is not about the Englischers, it is about those within its borders. Extremely well-written!

My favorite secondary characters are Preacher Samuel, his frau, Elsie, and their nephew Josh and his frau, Greta. They see with eyes of vision and not reproach, of what can be, not hampered by what has been. By being listeners they are able to be hearers of the heart. They have drawn more to der Herr with their love than any words of question could. We all seek a heart that hears us. A word that is spoken in due season also takes a heart that is ready and will listen.


For I am persuaded that neither death nor life, nor angels nor principalities nor powers, nor things present nor things to come, nor height nor depth, nor any other created thing, shall be able to separate us from the love of God which is in Christ Jesus our Lord. --Romans 8:38-39

Fear runs from the unknown. Silas finds that his fear binds him until truth sets him free. It is necessary for him to face his fear. The darkness holds no bond to the light of Christ's Word to never leave us. This story brings hope and a release from struggles when guided correctly from love and not control.

Amish Wanderer bears reading more than once. Much wisdom and care bring truth to the light. Lives saved that could have remained in bondage to lies and deceit are released. Generations will be able to go forward in the freedom they have been given. Overcomers!


***Thank you, Celebrate Lit for inviting me to be a part of the Amish Wanderer book tour. This review was written in my own words. No other compensation was received.*** 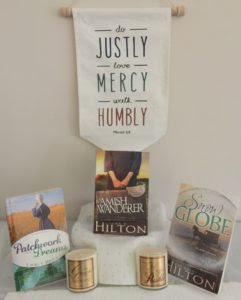 To celebrate her tour, Laura is giving away
Amish Wanderer, Patchwork Dreams (Amish of Seymour #1),
Snow Globe (Amish of Jamesport #1),
a 10 x 17” canvas banner: “Do justly, love mercy, walk humbly” (Micah 6:8), and
Abba Scripture Candle (3” natural, clean-burning wax, scented) –
“With God All Things Are Possible”!
Click below to enter. Be sure to comment on this post before you enter to claim 9 extra entries! https://promosimple.com/ps/b0d8
Posted by Lane Hill House at 2:00 AM 2 comments:

The Newcomer by Suzanne Woods Fisher, © 2017


My Review:
This story was so interesting about the settling of the Amish in the New World. Penn's Woods became a beginning...
After long weeks at sea, the small church group has arrived at Port Philadephia and met by their Amish bishop from home. They are more than ready to arrive at the settlement he has prepared in advance of their coming. The emigrants have crossed the Atlantic Ocean on the Charming Nancy from Germany to begin anew in this New World.

Join Anna König and Bairn Bauer as their hopes for their future are bright. They have been close since their childhood. Another immigrant has arrived on a separate ship from Germany and chooses to join their settlement. Henrik Newman has plans and is quite charming in his deliverance. How far can a person go to be believed?


Wherefore by their fruits ye shall know them. Matthew 7:20

Adjusting to a new country and travel across the unknown terrain are consuming strength and exhaustion of whom to follow. With winter approaching, are they to till the soil or build family structures as their first priority? They have been crowded on their journey and now bundled together in one dwelling.

This story is very well written and demonstrates what can be done when working together to achieve a satisfactory and desired end. They are not without turmoil and uncertainties as each day is met and decisions are to be made.

There is a Cast of Characters and Glossary of Historical Terms in the front, and the story is followed by a glimpse sneak peek of Book 3, The Return, available this coming summer! One thing I especially liked was how the experience of one was able to help another.


The Amish Beginnings series was inspired by the little-known story of how the Amish came to America. You won't want to miss a single one. SuzanneWoodsFisher.com