Whispers on the Moors series, Book 3 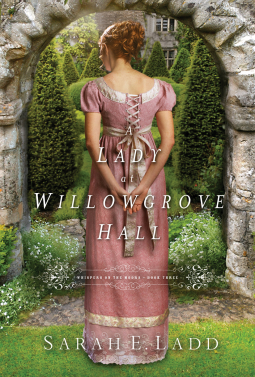 Detham, England, 1814. Hurriedly rushed to Rosemere School for Young Ladies by her father, Cecily Faire is separated from her twin sister, Leah, and all she knows at Aradelle Park. Four years later, she is summoned to Wiltonshire, England, as a lady's companion to the elderly Mrs. Trent at Willowgrove Hall. Obtaining information that her sister is with an aunt at Manchester and working as a dressmaker, Cecily is hopeful to take the post and the prospect of being united with Leah again.

Nearing Willowgrove Hall, she is dropped off by the coachman amid soaking rain and mire, as the bridge is out due to flooding. To the quick aid by the steward's dog, Cecily is rescued and invited by Nathaniel Stanton to spend the night with his family at Laurel Cottage. His mother and sisters are delighted sharing their home and look forward to her return.

Mr. Stanton is not a favorite of Mrs. Trent, and negatively tries to detour Cecily's responses to the Stantons. As their days become settled together, Cecily eases Mrs. Trent from her quarters with her kind words and fresh air walks, long lacking in Mrs. Trent's life. Her intended heir is waiting for her to falter, bringing more determination to remain.

Secrets are destructive as those at Willowgrove determine to keep their places intact. How sobering to have to use strength to hide what brought to the open would be freeing, for each of them. Not all is as it seems. Getting to know each other is so much more rewarding than issues and uninformed gossip and chatter about others. The wealth of really knowing and being known is so much richer.

Sarah E. Ladd brings you into this regency novel and the characters become well-invested friends. Hard to put down, you will enjoy A Lady at Willowgrove Hall ~ right to the ending! Riveting with honor and care, the threads woven into her writings project a promise and a hope. YaY! Waiting for the next installment. Hoping the next series continue for the rest of the story as their futures unfold.

Sarah E. Ladd received the 2011 Genesis Award in historical romance for The Heiress of Winterwood. She is a graduate of Ball State University and has more than ten years of marketing experience. Sarah lives in Indiana with her amazing husband, sweet daughter, and spunky Golden Retriever. Facebook: SarahLaddAuthor Twitter: @SarahLaddAuthor 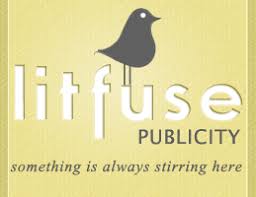 ***Thank you to Litfuse Publicity Group and to Thomas Nelson for sending me a copy of A Lady at Willowgrove Hall by Sarah E. Ladd to review. This review was written in my own words. No other compensation was received.***

Enjoy this excerpt from Sarah E. Ladd's third novel in her Whispers on the Moors series ~ A Lady at Willowgrove Hall, Chapter One ~

New Regency from @SarahLaddAuthor AND a Kindle HDX giveaway!

Award-winning author Sarah E. Ladd examines how to escape the clutches of a tainted past in the final installment of her Whispers on the Moor series. A Regency-era novel, A Lady at Willowgrove Hall cleverly shows that even though our pasts may be shameful or painful, God can take the darkest personal histories and turn them into the brightest futures.

Celebrate with Sarah by entering her Kindle HDX giveaway!
One grand prize winner will receive:
Enter today by clicking the icon below. But hurry, the giveaway ends on November 2nd. Winner will be announced November 3rd here.