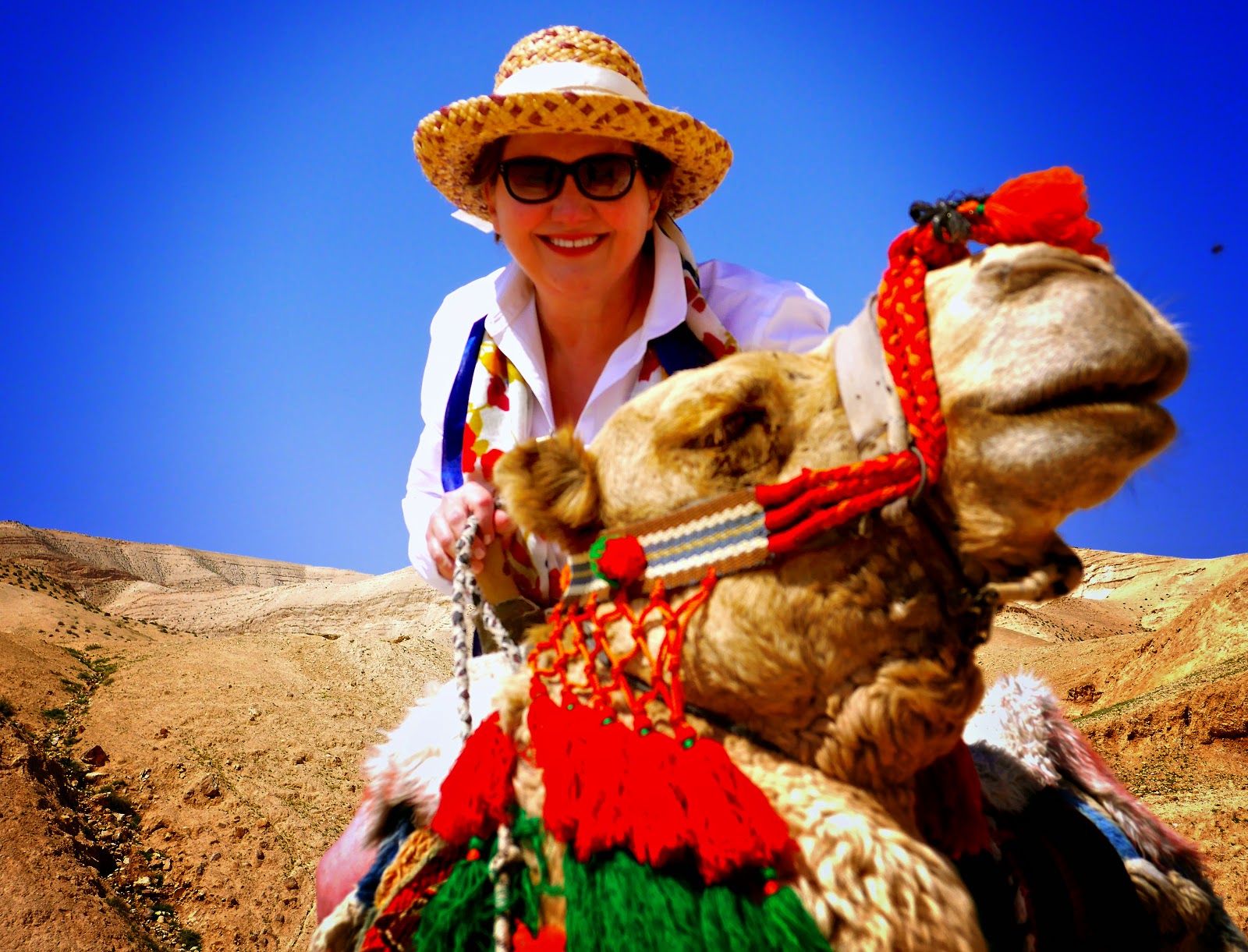 
After an award-winning detour through journalism and marketing, then a graduate degree from Dallas Theological Seminary, NLB Horton returned to writing fiction. She has surveyed Israeli archaeological digs accompanied by heavy artillery rounds from Syria and machine gun fire from Lebanon. Explored Machu Picchu after training with an Incan shaman. Cruised the Amazon and its tributaries. And consumed afternoon tea across five continents.

After a harrowing rescue escape in the desert, archaeologist Grace Madison and her daughter, Maggie, arrive at The American Colony Hotel, and a time to catch their breath. I am taking in the scents of aromatic blooms wavering in the air, as Grace and Maggie travel about Jerusalem discussing Maggie's finds as a hydrologist. Beautiful sights and sounds assault my senses, as they continue on their way incognizant of me. Intent on an evening meal, as I barely began enjoying mint tea, they are jaggedly dodging a bar-mitzvah party and fireworks jubilees to escape yet another turmoil. Can't these ladies stay out of harm's way?


Grace's husband and son are coming from uttermost regions to find their fair ladies. They seem to locate action too. Readily there is a group of compatriots who are looking out for them in the undercurrent of political and economical unrest. Who do you trust? Those you seemingly know, even though you have been family for years, or those sent to protect you without introduction?

Grace and Maggie are quite agile themselves ~ well, maybe Grace could use some daily exercise with all of the exertion she commands to stay up with Maggie. They become separated with agendas of their own will, it seems.

An undermined water rights claim has a major role; either by the lack of or its transference. I certainly was treading, trying not to get swooped under so compelling a current. A fast-moving story, each member of the Madison family in search of their goal, fully equipped to stand in their own right.

I liked how the chapters are broken up in small sections individualizing point of view and action. The author is well-versed in the subject. This is a strong story of espionage, ...and love clinging together amid all odds. Book 2 of the Parched series is entitled The Brothers' Keepers.

***Thank you to author NLB Horton for this review copy of When Camels Fly. This review was written in my own words. No other compensation was received.***

“You risk everything by killing her.” The Israeli voice outside Maggie’s tent rattled with age.
“How much do you think she knows?” The second speaker sounded young, his diction precisely well educated. Based on her work in the region, she thought his accent was Lebanese or Jordanian. He was not the same caste as the Bedouin guard who communicated with a grunt, and leered and cleaned his pistol across from her now.
The men had circled outside the twenty-seven-year-old hydrologist’s prison for fifteen minutes, discussing her death and their crime. She was bound and gagged, but wasn’t deaf.
“She knows plenty.” The old Israeli spoke with military precision, almost growling. “She visited three locations in thirty days. When I saw her at the second, I decided she must have discovered something. Weigh the risks. Do we hold her captive until it’s too late to stop us? Or is she threat enough to warrant inquiries after her death?”
“Do you want to free her and find out?” The Arab laughed as he spoke.
Goose bumps carpeted her arms. She was cold despite knowing temperatures outside the tent had passed a hundred degrees hours ago.
The Arab stopped laughing long enough to lecture the Jew. “We risk four years of work and die in prison if we’re discovered. Israeli prisons are unpleasant, General. Especially in old age.”
A scratching noise made her think one of them lit a match. She hoped it was to ignite a cigar or cigarette and not the tent in which she was imprisoned.
Then the Jew, “General,” made a suggestion. “Her death can be an accident. Desert people stage them well. She got lost. By the time her bones are found, we’ll be untouchable.”
They stood near her, separated only by a homespun goat-hair fabric wall. Then the Arab ended the conversation as cigar smoke seeped under the hem. “We have a week. Let me take care of this.”
Through a gap made by a plant growing under the tent edge, she spied polished leather shoes and desert boots. She tried to see the men’s faces, but they moved out of sight before she could inconspicuously reposition herself, slowly, so as not to alarm the Bedouin cleaning his gun. She’d never forget their voices.
Scraggly vegetation, glimpsed through the same gap and on her two daily “nature treks,” was consistent with the desert of northwestern Jordan. During the outings, she recognized the hills west of Amman. Her waking hours were spent reasoning through the mechanics of vast amounts of disappearing water, and how to escape if she had the chance.
When she escaped, she’d have a plan.

###
She was rolled—tightly enough to secure, but not so tightly as to suffocate—into a worn Heriz rug similar to ones her mother, an archaeologist, brought to the family’s homestead years ago, expanding a collection now creeping from the floors to the ranch-house walls. Woven near Mount Sabalan, Heriz are functional masterpieces of abnormally dense, long-lasting fibers that muffle noise. Not that soundproofing mattered—she was in the middle of nowhere and her execution was imminent.
A tailgate clanked after someone slid the rug into the bed of a pickup. The bumpy ride included a stop-and-go border crossing. Her Bedouin captor’s interrogation by an Israeli soldier indicated she was moved to Israel. If anything went wrong, the Israelis would be blamed in a tactical move she understood.
Hours later, she was rolled out of the rug and onto the desolate desert floor. She recognized this area, too. Once upright, she shuffled down a trail into a wadi near the aptly named Dead Sea. How appropriate that she would die in one of God’s drainage ditches.
Only a miracle would save her. Her hands were bound, her ankles shackled with only enough slack for baby steps. He held the gun, but she was calm. Faith led her to believe in eternal life. The thought of grieving her family edged her close to tears. She wouldn’t let him mistake her sadness for fear, so pushed their faces from her mind. And tried not to hear Mama’s voice. She stayed ready for the opportunity to escape—one she knew wouldn’t come.

...the crossroads of faith and espionage TM