Part 1 of 6 in the Journey of the Heart series ~
In the midst of end-of-war celebrations, Sarah discovers her betrothed was keeping a devastating secret in A Heart’s Disguise. Will Sarah leave her dying father’s side for the only man she’s ever loved? And what plans are forming in the jealous heart of Ben Croftner?
--author Colleen Coble

My review:
This six-part novella series is a reissue of the Wyoming series, earlier works by Colleen Coble ~ Where Leads the Heart and continuing Plains of Promise, to be enjoyed by new readers and renewed by those who read them when they were first published almost a decade ago. The story begins just after the end of the Civil War in the United States, 1861-1865. The War Between the States left behind lost loved ones and the hopeful expectations of those remaining at home resurfacing. Sarah Montgomery is awaiting news of her beloved Rand Campbell from those returning home. She has not received letters from him and holds on to hope she will receive some word.


Wabash, Indiana, 1865
Autumn's chill matched Sarah Montgomery's heart. The war had taken so much from her, and it seemed impossible for life to ever get to a hopeful place. The scent of turning leaves lingered in the air as she sat on a porch rocking chair beside her father, who was huddled in a blanket...
--A Heart's Disguise, 1

Papa is dying. So much had transpired, so many memories holding her hopes at bay. But how is it possible to keep your private thoughts hidden away from your countenance? Five months it has been now since Ben came home, declaring that Rand is dead. Dead? How can it be? Papa says to marry Ben; to be taken care of, she and her eight-year-old brother, Joel. She has raised him since infancy when Mama died when he was born. Wade agrees. It's for the best. But whose best, I wonder?

Have you made a life decision to please someone else or been unable to back down once you had spoken it? Sarah regrets pleasing others before she is certain. Her older brother Wade is like the prodigal son remaining at home ~ all of it his, but bitterness dwells in his heart.

So, I have agreed to marry Ben, but my heart belongs with Rand. Dying moment-by-moment, my days go by in a blur. Soon we are to wed. How do I leave my heart behind?

The train comes to a stop at the Wabash depot. A lone figure descends the steep steps, greeted by the old porter, Liam Murphy. Home. Finally home after three long years.


I know the plans that I have for you, declares the LORD. They are plans for peace and not disaster, plans to give you a future filled with hope.
--Jeremiah 29:11, God's Word®

How will Sarah discover hopes renewed? (to be continued in next month's issue...) 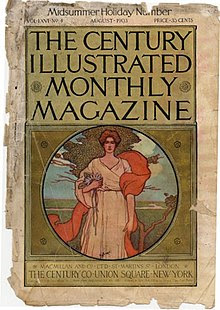 
***Thank you to Litfuse Publicity Group for inviting me to join the blog tours for the Journey of the Heart series by Colleen Coble, and to Thomas Nelson Publishers for sending me a copy of Book One, A Heart's Disguise for review. This review was written in my own words. No other compensation was received.***

In the midst of end-of-war celebrations, Sarah discovers her betrothed was keeping a devastating secret in Colleen Coble's A Heart's Disguise. Will Sarah leave her dying father’s side for the only man she’s ever loved? And what plans are forming in the jealous heart of Ben Croftner?
Celebrate book one in Colleen's A Journey of the Heart series by entering to win a Kindle Fire and RSVPing to her May 5th author chat party!

One grand prize winner will receive:
Enter today by clicking the icon below. But hurry, the giveaway ends on May 7th. Winner will be announced May 8th on Colleen's website. Plus be sure to clear your calendar on the evening of May 5th because Colleen is hosting an author chat party on Facebook to celebrate her A Journey of the Heart series and the release of The Inn at Ocean's Edge! RSVP here!

RSVP today and spread the word—tell your friends about the giveaway via FACEBOOK or TWITTER and increase your chances of winning. Hope to see you on May 5th!