Book 1 in the Waves of Freedom Series

Espionage and unrest within, Mary Stirling begins her search for the perpetrator. As an invisible stenographer, Mary is free to roam the Boston Navy Yard unsuspected as she collects the morning reports for her boss, Barton Pennington. Mary is doing a little collecting here and there, herself. Using shorthand, she makes notes of conversations within her notebook, compiling information that would not otherwise be overheard.


Mary Stirling:
It all began to be for certain as suspicions came clear at the christening of the new destroyer, the USS Ettinger. I called to my boss that the bottle of champagne had been tampered with ~ before he took it to launch the ship and he smiled and waved me off. I went to the edge of the crowd of viewers, hoping to be swallowed up in the proceedings so as not to be noticed. Sure enough, Mr. Pennington is calling my name to come to the platform. Thankfully, hidden among those gathering, I go undetected. I do not like to be called attention to before crowds of people. Being silent in my duties is more comfortable for me!

Ensign Jim Avery:
Mary Stirling. What a surprise, the best friend of Quintessa Beaumont, the girl I have had on my mind for a long time ~ one of those memories hard to put at rest. My friend, Archer Vandenberg, and I are new to Boston, assigned to the new destroyer, USS Atwood. Mary and I were school friends back in Ohio ~ well, I was a tagalong hoping to catch Quintessa's eye. There is more to Mary than I remember of the quiet girl who stayed in the background. A deepness that resonates solidness and care. 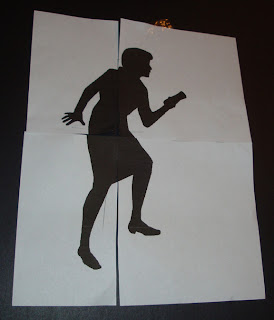 FBI Agent Sheffield:
At first I dismissed Mary Stirling as a Nancy Drew wannabe, but as reports became obvious, I thought better about negating her. Mainly, her persistence in contacting me, and the urgency of having our office within the shipyard. She wasn't far off in her speculations, in fact, she was a valuable asset to the contacts needed to apprehend the person or persons responsible for the detriment against the USS destroyers. Agent Hayes and I began following up on her right-on clues.

Historical fiction is interesting to me because the research the authors do, placing their characters within the events/happenings of the time, is so much greater than what we may have learned in school. Through Waters Deep covers March 18, 1941 to December 7, 1941, a time in history of unrest preceding the attack at Pearl Harbor. I liked the depth of the characters as they unveil who they are and who they perceive themselves to be. So much more strength than they realize until tested. Mary was my favorite as she is selfless along with being unsure, she puts others before herself. Untried, she is uncertain of where her interest lies. She is sure that she wants country honor and right to prevail.


***Thank you to author Sarah Sundin for inviting me to review the first book in her Waves of Freedom series and to Revell for sending me a review copy. This review was written in my own words. No other compensation was received.***

Enjoy this excerpt from Sarah Sundin's Through Waters Deep ~ Chapter 1