I was amazed at her spunk! Her unassumingness! I liked Alyce Benson right away!!
Surprisingly, Alyce thinks her father will hand over her offer of commitment money! He doesn't have the zeal and fortitude she has!! Goodness. She sets out to earn the money herself. After all, they need her!!

Join Alyce in her adventure as she pivots around coming up with more adventure than you could ever imagine possible for her. Is she harebrained, or does she really stand up to win her hasty promise?
She's off to the races!
Caught up in a whirlwind of religious fervor when two missionaries speak at her church, Alyce Benson impetuously pledges three thousand dollars to mission work in Africa. She’s certain her wealthy father will simply hand her the money. But when he refuses, she must either stand up in front of the congregation and admit failure, or raise the money herself.
Alyce harbors a secret passion for speed and automobiles. It’s 1916, and the latest advancements in car engines allow some to post speeds upwards of seventy miles per hour! When she discovers her father’s company has sponsored a racing car that will compete in several upcoming events–races in which the driver will be paid and could win as much as five thousand dollars in prize money–she conspires with her father’s mechanic, Webster, to secretly train and compete.
But as Alyce comes across needs in her own community, money slips through her fingers faster than she can earn it. And when her friends cast aspersions on Webster’s past, she believes she might have trusted the wrong man with her secret. Will Alyce come up with the money in time, or will she have to choose between her promise and the man who holds a piece of her heart?

Alyce is spontaneous. She sees a need and fills it! She has contacts, after all, doesn't she? But... not this time! She is on her own. Alyce loves her little spunky automobile that matches her to a T! Her father ought to have known!! 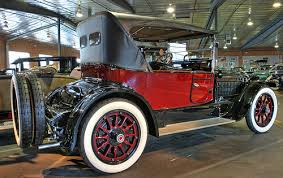 Shouldn't have he? His little girl will figure it out! But... will he? I am getting ahead of myself. Listen to what Aylce is seeing and hearing ~*~ and the exuberant edge-of-the-seat feel!


My heartbeat quickened. Oh, to be called to be such a vital part of God's work! He wouldn't even have to send me to Africa, though the thought sent a shiver of excitement down my spine. No, I'd be content to work for Him here in Indiana. I glimpsed Mrs. Tillman closer to the front. Her face reflected the same rapture that pulsed through my veins.
"Thanks to a friend who secured some photographic equipment, you can see some of those who are part of our work in Africa." Mr. McConnell slipped several photographs from the pages of his Bible. He stepped to the front row and handed two to Pastor Swan and two to Mr. Tillman on the opposite end of the front pew. --At Every Turn, page 13

Oh! They have an Irish cook! Clarissa! How will he be able to refuse Aylce's request during a wonderful Monday morning Irish breakfast??

A clue for you!

Thank you to Anne Mateer and Bethany House Publishers for this review copy of At Every Turn in exchange for my review in my own words.

Anne Mateer is a three-time Genesis Contest finalist who has long had a passion for history and historical fiction. She and her husband live near Dallas, Texas, and are the parents of three young adults. Visit www.annemateer.com for more information.