Sandra Robbins and her husband live in the small college town in Tennessee where she grew up. They count their four children and five grandchildren as the greatest blessings in their lives. Her published books include stories in historical romance and romantic suspense. When not writing or spending time with her family, Sandra enjoys reading, collecting flow blue china, and playing the piano.

In the second book in the Smoky Mountain Dreams series, acclaimed author Sandra Robbins spins a tender tale of God's faithfulness throughout the generations.

Rani Martin, Simon and Anna's only daughter, is a beautiful and spirited young woman living deep in the heart of the Smoky Mountains. She has plenty of ideas about the man she'll marry someday, but none of them could have prepared her for the return of Matthew Jackson.

Matthew left Cades Cove as a child after his father's death. Now he's come back to build a new life for himself, and it's his dearest wish that Rani be a part of that life. But the people of the Cove won't let him forget the sins of his father, and Matthew can't forget the darkness of his own past.

Is there a place for Matthew in the Cove? And can the light of Rani's love overcome his pain?

I really enjoyed this book. I read it in one day. Simon and Anna Martin have twins, a son and daughter, approaching their 19th birthdays. Angel of the Cove is the first book in the series about Simon and Anna meeting. This book can be read as a stand-alone. Stephen is in college and his sister, Ranita, known as Rani, is at home with their parents. Simon is a preacher and Anna is a midwife, following in the footsteps of Granny, who now lives with them. She is delightful. Full of sage wisdom and matters of the heart. In fact, they are related by the heart, and not blood. Mountain Homecoming is aptly named. It is the story of coming home to the intent of the heart placed by God. Matthew Jackson has worked for the railroad, earning enough money to buy his homestead back in Cades Cove, Tennessee. It is June of 1914, as the story opens. 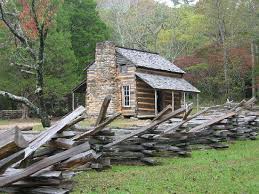 Matthew Jackson is welcomed by Rani's family and the neighbors come together to help him rebuild his home, long-standing unoccupied. Those who stand against him have unresolved sin and pain of their own. Yearning to be received, Matthew continues to build and reach out, until the confrontation with his father's past, and his own.


Come to me, all who labor and are heavy laden, and I will give you rest. Take my yoke upon you, and learn from me, for I am gentle and lowly in heart, and you will find rest for your souls. For my yoke is easy, and my burden is light.
-- Matthew 11:28-30