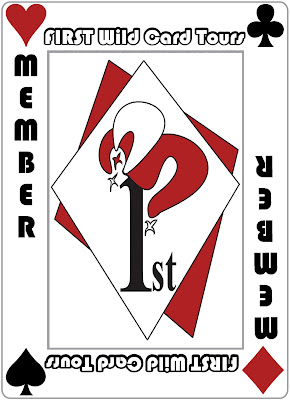 Roseanna M. White grew up in the mountains of West Virginia, the beauty of which inspired her to begin writing as soon as she learned to pair subjects with verbs. She spent her middle and high school days penning novels in class, and her love of books took her to a school renowned for them. After graduating from St. John's College in Annapolis, Maryland, she and her husband moved back to the Maryland side of the same mountains they equate with home.

Roseanna is the author of two biblical novels, A Stray Drop of Blood and Jewel of Persia, both from WhiteFire Publishing (www.WhiteFire-Publishing.com), and Love Finds You in Annapolis, Maryland, a historical romance, with Summerside Press. She is the senior reviewer at the Christian Review of Books, which she and her husband founded, the senior editor at WhiteFire Publishing, and a member of ACFW, HisWriters, HEWN Marketing, and Colonial Christian Fiction Writers. 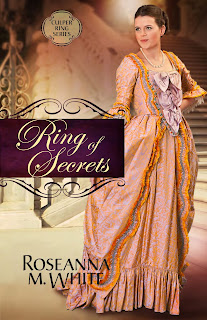 Winter Reeves is an aristocrat…and a Patriot. Bennet Lane is a Yale professor on temporary assignment in New York…to find General Washington’s spy among the elite.

This exciting romantic spy novel from Roseanna M. White combines fascinating cloak-and-dagger secrets with a tale of love and intrigue during the Revolutionary War.


Love Has No Place in a World of Spies

1779--Winter Reeves is an aristocratic American Patriot forced to hide her heart amid the British Loyalists of the City of New York. She has learned to keep her ears open so she can pass information on British movements to Robbie Townsend, her childhood friend, and his spy ring. If she's caught, she will be executed for espionage, but she prays the Lord's protection will sustain her, and Robbie has taught her the tools of the trade--the wonders of invisible ink, secret drop locations and, most importantly, a good cover.

Bennet Lane returns to New York from his Yale professorship with one goal: to find General Washington's spy hidden among the ranks of the elite. Searching for a wife was supposed to be nothing more than a convenient cover story for his mission, but when he meets Winter, with her too-intelligent eyes in her too-blank face, he finds a mystery that can't be ignored.

Both are determined to prevail at any cost...and each is committed to a separate cause. Will God lead them to a shared destiny or lives lived apart?


"Intelligence is the life of everything in war."
Letter from Nathanael Greene to Major John Clark, November 5, 1777

Ring of Secrets is Book 1 in the Culper Ring series. Historical Fiction at its very best! Women spies in New York during the Revolution, 1775-1773?


“Allow me to introduce Mr. Bennet Lane, of the Manhattan Lanes. Mr. Lane, my granddaughter and ward, Miss Winter Reeves.”

Winter's grandfather introduces them early in the story.


“Mr. Hampton, may I have the honor of dancing with your granddaughter when the next set begins?”

And the story is set into motion. Both believers, where will their paths lead?


He shall cover thee with his feathers, and
under his wings shalt thou trust:
his truth shall be thy shield and buckler.
Psalm 91:4


Find the Patriot spy in New York.
And unravel the mystery that was Winter Reeves.

And what of Miss Reeves? Being where she is at this time in her life? Is she aware he is about to become part of it, or does she hope he is? And grandfather, what is his part? Does he know of Mr. Bennet Lane beyond his family lineage, or as his position as a fine match?

Let innocence be your mask.
Let your beauty hide your heart.
Let your enemies count you a friend.
~*~
Let no one see your true self.
--Ring of Secrets, 40

How must it be! Winter's parents are no longer in her life. Her father is lost to her for three years, and her mother perishing with fever the previous year. She is with her grandparents who have taken charge of her with intent that she marry into the right family. They have chosen Mr. Bennet Lane. She has two friends from her childhood, Robert Townsend, and faithful Freeman, son of a slave, devoted and free. He stayed to care for Winter and her mother, and has come to be with her at Hampton Hall, aware of her involvement.

Ben Lane has returned to his childhood City of New York, now smoldering and in the depths of the Revolution. He enters society partly to claim a bride as a cover for his activity. They are both so different, or are they? Each is committed to their duty. Having a wife would bring him to social circles needed for military information. Does he see through Winter's façade to her heart?

They both are collecting information for the war effort, but not on the same side.

One thing that I found comical was Ben's friend George suggesting Ben pretend he was speaking to a Yale mate to cover his unease at making small talk in the gatherings with the ladies who approached him. I empathized with Winter at her sadness of having to leave herself behind to become what was expected of her in social wiles, as she too positioned herself to gather information to pass on.

Roseanna White has skillfully and beautifully written about a time period fraught with tension and "who do you trust."

What I love about the Culper Ring is that they weren’t specially-trained spies. No James Bonds or Jason Bournes. No action heroes with razor-sharp instincts. They were just people like you and me. People who changed the world by actively looking for a way to help their neighbors, their compatriots, their country.


Do you know an Ordinary Hero? Someone who inspires you with their service? Someone who uses the position the Lord has put them, whatever it may be, to look for ways to help? You can honor them through my Ordinary Heroes movement!

My dearest lady, flame of my heart,
How you make my day burn bright!
With the smallest turn of your reddest lips,
You are all that is beauty and light...

Winter snorted a laugh and checked the right top corner of the page. An “H” marked it. The real message, then, would appear with the application of heat.
Hands steady, Winter held the page close, then closer to the flame. Closer still until the smell of scorching paper filled her nostrils, until a faint sizzle reached her ears. Until the invisible ink filling the space between the lines of terrible poetry turned a golden brown.
Eleven o’clock tonight. The tulip tree behind the stable.
Eleven. She pulled the paper away from the flame and squinted to read the darkened face of the mantel clock. One hour more. Time enough to appease Grandmother, to bat her lashes and act the part of witless society lady for Mr. Lane. Then she could slip outside. She hoped Robbie would be there to meet her, and she could tell him what Fairchild had said. Though there remained the possibility that he had simply left another message for her.
This one could bring her trouble enough. If her grandparents saw it, they would place her under lock and key to keep her from eloping as Mother had.
Or worse, if Grandfather had meant the threat that still made her shiver. And she had no reason to doubt his sincerity, given the hatred he had never tried to hide from her.
Time nipped at the back of her throat, each tick of the clock telling her to hurry downstairs. But first she tossed the page into the fire. As the flames licked over the wisp of paper and then smoldered into glowing ash, Winter held her spot, watching the last ember die out. In her mind’s eye, she saw another letter, another fire.
Why had she burned it? Why? The last word she had from her father, the last thing her mother had given her before she passed away.
A cloud must have raced over the moon, for deeper shadows cloaked her room. Winter spun for the door. Best to lock away the memories of Oyster Bay, of life before the war. Best to remember who she was now. Best to push down the longing to go back, even for one day, to the life she once knew.
That life was gone. She had come to terms with that.
Better a life among enemies than a noose around her neck.