Jerry Eicher’s bestselling Amish fiction includes The Adams County Trilogy, the Hannah’s Heart books, and the Little Valley Series. After a traditional Amish childhood, Jerry taught for two terms in Amish and Mennonite schools in Ohio and Illinois. Since then he’s been involved in church renewal, preaching, and teaching Bible studies. Jerry lives with his wife, Tina, and their four children in Virginia. 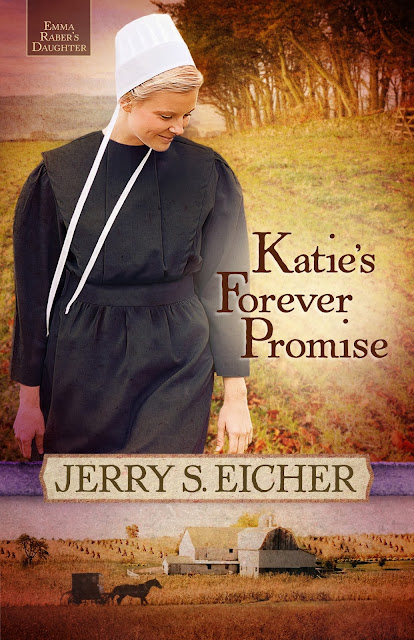 SHORT BOOK DESCRIPTION:
In book 3 of author Jerry Eicher’s Emma Raber’s Daughter series, Katie puts her life together after Ben Stoll's betrayal of her love. When she is baptized into the church, she receives a surprising offer that will keep her close to her Amish community—much to her mother’s delight.


MY REVIEW:
I enjoyed the first two books in the trilogy and have looked forward to this third book. Katie has had to make adjustments all along and choices that will ultimately decide her future path. Will she have the determination to look to the Lord before her own will?


And he said unto me, My grace is sufficient for thee: for my strength is made perfect in weakness. Most gladly therefore will I rather glory in my infirmities, that the power of Christ may rest upon me.
--II Corinthians 12:9

From being alone with her mother, and then becoming part of a blended family, Katie has grown in perspective and hope. As she stays close, her prayers are answered. Reconciliation comes to her family and growth is spurted for the community.

This novel was slower-paced than the previous two, retelling snippets of them. It had merit on its own without so much of the back story. The characters seek restoration and healing when they discover their part in the happenings. Faith is predominant and paramount for problems encountered.


Consider and hear me, O Lord my God: lighten mine eyes, lest I sleep the sleep of death; lest mine enemy say, I have prevailed against him; and those that trouble me rejoice when I am moved.
--Psalm 13:3-4

My favorite parts were when Katie went to her parents for counsel and prayer. They stood behind her and guided her.