Where Trust Lies by Janette Oke and Laurel Oke Logan, © 2015

Return to the Canadian West, Book 2

Elizabeth Thatcher, "Beth," is returning home to Toronto following a school term teaching children of Coal Valley, Alberta, in the West. Beth is considering a relationship left behind, and whether she will be asked to return to teach a new term. Upon arriving home, she learns her father has purchased tickets for his family to enjoy a steamship cruise during the summer with his business partner's family, the Montclairs.

Where Trust Lies is the story of their summer and centers around Beth's younger sister, Julie, who previously traveled to visit Beth during the school year. She appears to be envious of Beth and her independence among the mining community families. The people Julie is friendly with on the cruise lack honesty and deem self being paramount more than values, so different to her known way of life. A summer away may have been too long to abide temperament and adjustment necessary to enjoy the intent of the trip ~ to be together as family, seeing the sites their father had wanted for them earlier while establishing their business.

Beth and Julie's older sister Margret, has her young toddler, and their mother, not completely aware of Julie's exploration antics, wishes her husband were there to take care of them. Seasonal shopping at ports, dressing for dinner, as Beth promises to be the older sister chaperone to go along. Between "loyalty" to her new friends, or being with her family, Julie may find that her ideas of restrictions are instead protection.

The end seemed rushing, before Book 3 in the series to see what autumn brings; Julie reaching where trust lies, and Beth's desired return to the Canadian West. 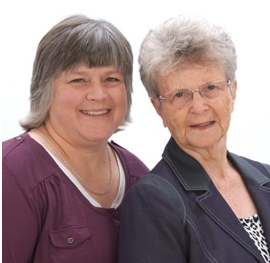 ***Thank you to Bethany House Publishers for sending a review copy of Book 2 in the Return to the Canadian West series, Where Trust Lies by Janette Oke and Laurel Oke Logan. This review was written in my own words. No other compensation was received.***

Enjoy an excerpt of Where Trust Lies ~ Chapter 1