A Thousand Shall Fall: A Civil War Novel by Andrea Boeshaar, © 2015 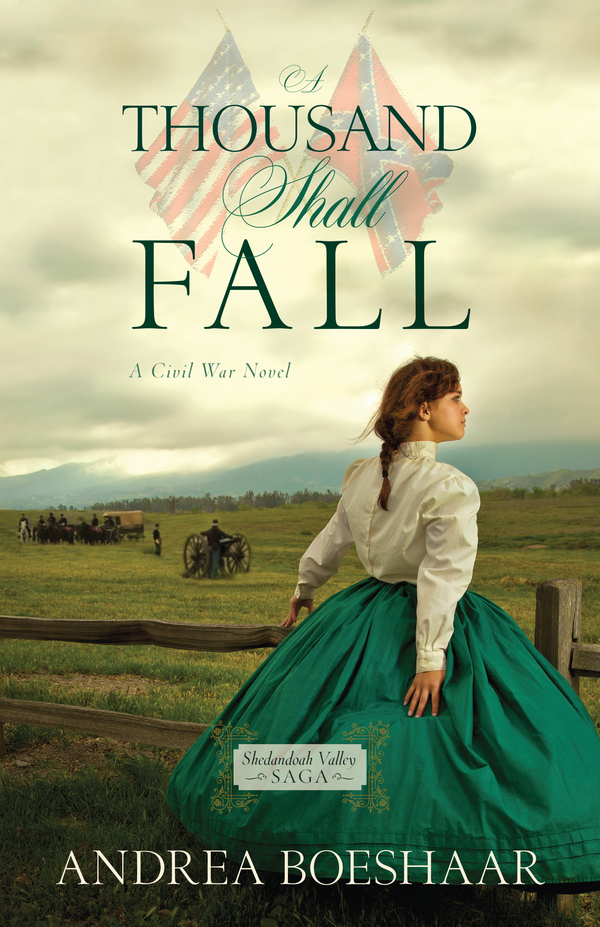 Virginia's Shenandoah Valley, 1864
Carrie Ann Bell has a deeper adventure ahead of her as she goes after her younger sister, Sarah Jane. Mama has said not to come home without her. In the midst of the battle, how is she to go across the lines? Determined, she dresses as a soldier beneath a dress, going into the woods beyond the town.

Full of American Civil War research, these characters bloom amid hardship and turmoil. Peyton Collier on one side and Carrie Ann's childhood friend, Joshua Blevens on the other, she must decide where her alliance will lie. With her new supportive protector or the neighbor from back home ~ either decision will have lasting results detrimental to each side.

A strong point was the developing character of Peyton Collier whom Carrie Ann had met previously.


The North Fork of the Shenandoah River where Carrie Ann falls from a bridge and is ultimately apprehended by the Union Army in 1864. In their comical re-meeting, Peyton helps Carrie out of a fix. Amid war, there wasn't much of a chance for them to converse except haltingly.

A home near the Historic District of Winchester, Virginia. This is how I imagine my character Aunt Ruth's home might look.
--author Andrea Boeshaar

Sending her to his Aunt Ruth was an aid to all of them. The side characters add to the story. I liked the spunk of Aunt Ruth's housekeeper and life-long friend, Tabitha.

It is true about being careful whose company you keep, as Joshua found out was not beneficial to him. I rooted for him to make a turnaround.

A short time period seems like an eternity with lack of sleep and quick-on-your-feet decisions.

***Thank you to Kregel Publications for sending me a review copy and inviting me to be part of the blog tour for A Thousand Shall Fall: A Civil War Novel by Andrea Boeshaar. This review was written in my own words. No other compensation was received.***


Book Two, Too Deep for Words, releases in November 2016