David Kingsman has a lot of surprises in store for himself when his father has sent him to Teaville to revive the new company they have taken over; especially, when in a matter of minutes he lost half his office employees.

A. K. Glass will be an interesting canning jar factory when all is said and done. I am thinking they should include a lunchroom with David's expanding sensitivity to food ~ he can smell fried chicken cooking a long way off.

Evelyn Wisely is going about her daily journeys when David keeps popping up ~ first he follows her, which was to his good as he found the main street to locate a hotel for his rest. But... he seems to also find people who know her as they both show up at Nicholas Lowe's home at lunch time. Lydia, Nicholas' wife and dear friend of Evelyn, tells her Mr. Kingsman was invited.


"Nicholas met with him earlier about some lumber deal and sent him here for lunch. He's evidently new in town and was wondering where to get something good to eat."
A Love So True, 38.

Oh, goodness, what a reputation I am giving David by my remarks ~ but they just stood out to me ~ "A way to a man's heart is through his stomach," is an old saying; likely, from this 1908 time period!

I really liked this story as the characters find they can stand without hindrance. Growth comes as they take chances reaching out beyond being told by someone else what was for their best. As they rely on the Lord and take their matters to prayer, they find open doors so unexpected. A risk worth taking to leave the past behind and gain the future. 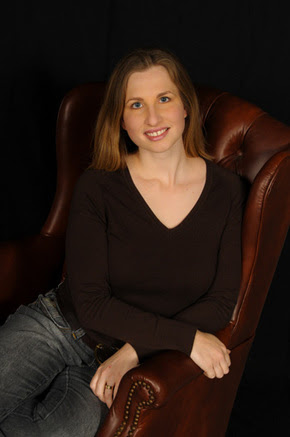 Meet author Melissa Jagears as she shares her writings of this second novel in her Teaville Moral Society series.


What was the hardest part of your book to write?

The hardest part was coming up with a story! For two reasons:

One, the only character I could use for a heroine from A Heart Most Certain was Evelyn Wisely. But since I’d written A Heart Most Certain before I’d thought about making it a part of a series, Evelyn was my ‘perfect’ character. I’d set her up to be like a woman I know who is just the sweetest, nicest person I have ever met. She’s always looking out for others, quiet, has a servant’s heart, and seems content with her life. So, well, when you have a character with no worries and no apparent flaws, it’s hard to imagine up difficulties that would make a compelling story.

Two, Nicholas Lowe, the hero from A Heart Most Certain, is a very principled, wealthy man. So any complications I gave my characters that involved money didn’t work because they could just ask Nicholas! I now know not to start a series with a kind, wealthy character!

Did you do anything differently with this book?

I have my hero and heroine from the previous book more involved than I normally do in subsequent books. I still make sure my books are stand-alone reads, but I just loved Nicholas and Lydia too much to push them into a cameo role.

What stands out about your hero and heroine? Do they have any special traits?

As I mentioned earlier, Evelyn is just one of the sweetest women you’d ever meet . . . except if you’re a guy who shows a romantic interest. She doesn’t handle that all too well. And David, not only is he a gentleman, but his eyes! I modeled them after Paul Newman’s beautiful blues—be still my heart!!

Are you nervous about anything about this book’s release?

I’m nervous about spoilers! I almost always try for a big plot twist, but this one is my biggest I think. So far none of my readers have guessed ahead of time, and they’ve all told me how surprised they were, and yet it made perfect sense. So I’m worried for readers who read reviews because a spoiler would make it a little less fun. But it’s also one of those plot twists that makes for fun rereading because you pick up on all the nuances you missed the first time around. I love rereading for that very reason.
~*~
Carol Award-winning author Melissa Jagears is a homeschooling mom who writes Christian historical romance into the wee hours of the night. She's the author of the Unexpected Brides series, the Teaville Moral Society series, and Love by the Letter, a free prequel ebook novella. You can learn more about Melissa, her books, and where she hangs out online at her website.
***Thank you, author Melissa Jagears, and Bethany House Publishers for sending a print copy to me. This review was written in my own words. No other compensation was received.***