***Special thanks to Althea Thompson for sending me a review copy.*** 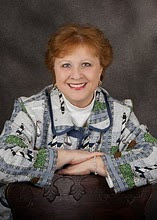 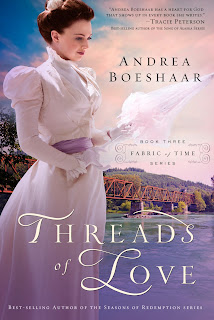 Emily Sundberg has her life all laid out. She has a respectable job as a teacher and an idea of whom she should marry. But does God have a better plan?

Emily Sundberg considers herself a proper young lady of the twentieth century. But a decade ago she behaved more like a tomboy. So when the neighbor’s grandson came to visit one summer when she was thirteen, they became fast friends. Emily even got her first kiss—quite by accident.

Unfortunately Jake Edgerton told all the boys something else. Rumors circulated, and Emily caved from embarrassment and guilt. Meanwhile Jake returned home to Fallon, Montana and she never saw or heard from him again.

Over the years Emily has worked hard to prove to her peers and the people of Manitowoc, Wisconsin that, despite past mistakes, she is an upstanding young woman, one worthy of being a schoolteacher—and possibly Andy Anderson's wife. But even with the passing of time, Emily has never forgotten Jake and how he nearly ruined her life…

And now he's a US deputy marshal and he’s back in town!

Researching My Own Backyard ~ by author Andrea Boeshaar

One of the main characters, Emily Sundberg, is well known in the community as she's a school teacher. Her father (Captain Daniel Sundberg from Book 2) owns a shipping business and, as I researched the city, it was interesting to learn that in the 19th and early 20th centuries Manitowoc was commonly referred to as "Clipper City" because of all the shipbuilding going on -- Manitowoc was known for building those graceful lake clippers.

I toured the Wisconsin Maritime Museum and got a glimpse of what the city might look like in the time period of my story. It helped the characters to come alive in my mind. 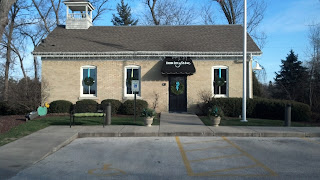 As my character's aunt and mother (Julianna from Book 2 in the series) work in a shop in Manitowoc called Sundberg Creations -- a shop that offers hand-spun items -- I took a knitting class at Cream City Yarn Shop. I felt it was important to get the feel of different fibers and textures. I imagine that the Sundberg ladies' shop would look similar to Cream City Yarn. It's a quaint shop in Brookfield constructed in vintage Cream City Brick.

Incidentally, I knitted scarves for all the grandkids and my daughter-in-law for Christmas (talk about getting inspired!).

Threads of Love is book 3 in my Fabric of Time series and all three novels in the series are set in Wisconsin. So fun to research my own backyard!

I love seeing Cream City brick and standing the fabric of time. So neat and trim, it stands out among the framed houses of those large families so reminiscent of days gone by. Red clay and forests, the provision of our Lord and the ingenuity of constructing them. Beyond there not being "us" had our ancestors not come across the ocean to the Americas, think of the skills and trades they brought with them to this land.

Attorney Oliver Stout's home is like this in Cream City brick. Jake Edgerton has returned to Manitowoc, Wisconsin, from his home in Montana to attend the funeral of his uncle Oliver; Mr. Ollie to the community. His parents are deceased and his granddad was an important part of his youthful life.

Emily Sundberg is a school teacher wanting to stay in town for a summer position until school starts again. Walking by on the sidewalk, glass goes flying and Emily is plummeted to the ground. A picture window has exploded on impact as Deputy Marshall Edgerton is in the line of duty while making an arrest. What a way to meet again after a summer years ago that left others buzzing about Emily through the years. Now will her father send her home for the summer months? Jake is just back for awhile.

As Jake is given a copy of his granddad's will, he may have to stay a little longer to settle things. He has the opportunity to respond to Emily and he was not the one who caused the rumors to fly. I suspect a close relative of Emily, perhaps?

I liked this story setting 111 years ago ~ the ease and flow of the story is perfect. Emily is delightful and Jake, solid in the Lord. Such a good story. Emily and another school teacher, Iris, live at a boardinghouse. Iris decides to interview Jake for the Chronicle, the local newspaper, "to get to know him better" while writing about his Deputy Marshall role. Emily has her eye on a local guy who has no eye for her. Jake talks to Emily's father about the incident of Emily unfortunately being in the way of harm during making his arrest. He is told about what Emily has gone through during his absence. I liked the openness of communication and forgiveness given. Friends.

And my favorite transportation!