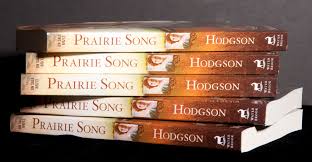 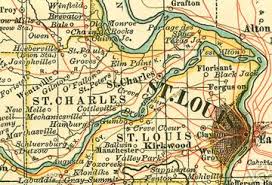 Join two months of the journey

Have I not commanded thee? Be strong and of a good courage; be not afraid, neither be thou dismayed: for the Lord thy God is with thee whithersoever thou goest.
--Joshua 1:9


Anna Goben is eighteen and she and her Mutter came to Saint Charles, Missouri, 12 years earlier to live with Großvater. So much has changed. Her brother died a year and a half ago in the war between the states, and her Mutter has become so different from the strong woman she once was. Now it is left to her to care for them and sign on to the caravan that will begin their new life, away from pain and remembrance of these remorseful days.
~*~ ~*~ ~*~
Traveling is difficult, with most of us walking. Our possessions to begin our new life are in the wagons, except for those who are unable to travel by foot. I am riding my bay, Molasses, along with Hattie Pemberton, riding sidesaddle on her palomino. She is a dear friend from the Saint Charles quilting circle. It was bittersweet saying goodbye to the others. We do not know if we will see each other again. This is a wide open country. Mutter and I passed some of it on our way to Großvater's, but I was only six, and do not remember much with all the newness around me. I do hope I will be able to convey my thoughts and feelings as we travel each day. Especially, my brother's friend, Boney Hughes. Some of you may have met him in the Sinclair Sisters books and also his mention of the fabulous cook and owner of the boardinghouse he stayed at. Company Potatoes is a meal I like that is prepared regularly. An Irish specialty, for sure. Anyway, Boney had asked me to marry him. In fact, we were quite close to matrimony until I told him my true feelings. I think he seemed relieved when I said I just couldn't do it. He was my friend and all but I couldn't base my feelings on his being my brother's best friend. After losing Dedrick, I thought it would keep my memory alive by being with Boney but it would have been unfair to him, and to me.

We are excited to be on our way. So different from coming across the ocean. I can just imagine the hardships there! Separation from family being the most of it. It's just the three of us now and I want to care for them. Especially with Mutter and her frailty and weakness. She is sick quite a bit and I try to keep it hidden from others but I don't know how long that will be possible. Life is so daily on the trail, and there are other families nearby. But I don't despair. It is sure to get better when we reach our destination and Mutter realizes how much she has. Most definitely, me and Großvater, for sure.

There is a new man on the wagon train I did not know. His name is Caleb Reger. He has been working with Boney as trail hands and doesn't think a lot of me. At least, he doesn't try to think of me. We have rough edges between us. Oh, I haven't told you where we are headed. To Cal-i-for-nia (kal-uh-fawrn-yuh, I am told). Mr. Reger is a scout for the captain of the wagon train. It is called the Boone's Lick Company of wagons, named for the road we began from. Boney and I have known each other for ten years, and not for just a few weeks. I was surprised when Boney returned to Saint Charles and then asked for my hand in marriage. We are doing the right thing tho'; I am sure of it because my heart hasn't entered in beyond friendship with Boney.

When we get to California and settled, I am going to open a millinery. Hopefully, Mutter will join me as we worked side-by-side with me designing and creating hats I sold to the proprietor. I also sold candles to Mr. Heinrich at his Dry Goods and Grocery. I am full of ambition to have Mutter be active again. She even entered in with the quilting circle at the store. Full of promise!

...on this fourth day of walking better than fifteen miles...
--Prairie Song, 78 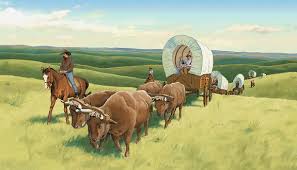 Walking has been hard on my feet, as well as the oxen I lead wanting to stop for a noon meal. I wonder how long our wagon train is with the white fluff of canopies ~ at least, for now, they are still white. Caleb Reger has been reading Scripture after our morning meal. This morning he read from Psalm 19; "14 Let the words of my mouth, and the meditation of my heart, be acceptable in thy sight, O Lord, my strength, and my redeemer." It has been a great help to us to listen to God's Word.  His song becomes mine.

He built the earth, He spread the sky
And fixed the starry lights on high
Wonders of grace to God belong
Repeat His mercies in your song

He sent His Son with power to save
From guilt, and darkness, and the grave
Wonders of grace to God belong
Repeat His mercies in your song

We have many new adventures on the trail as we pull together. Our story continues in Mountain Whispers. Glad to have you along!

The first step in a challenging journey is often the one that means the most.
Though it means saying good-bye to the beloved friends and spiritual mentors of her St. Charles, Missouri, quilting circle, Anna Goben is certain that she needs to enlist her family in the Boone's Lick Company wagon train. The loss of her beloved brother in the Civil War has paralyzed her mother and grandfather in a malaise of grief and depression, and Anna is convinced that only a fresh start in the Promised Land of California can bring her family back to her. Although unknown perils of the trail west loom, Anna’s commitment to caring for her loved ones leaves no room for fear—or even loving someone new.
During the five-month journey, trail hand Caleb Reger plans to keep a low profile as he watches over the band of travelers. Guarding secrets about his past and avoiding God’s calling on his life, Caleb wants to steer as far from Anna as she does him, but she proves to be just as he assessed from the beginning—independent, beautiful, and trouble.
Led by a pillar of hope, the group faces rough terrain that begins to take a toll on their spirits. Will the wilderness of suffering lead them astray, or will the gentle song of love that echoes across the prairie turn their hearts toward God’s grace and the promise of a new home?

***Thank you to author Mona Hodgson for inviting me to be a part of welcoming her upcoming release, Prairie Song, and for sending me an Advance Reading Copy. No other compensation was received. This review is in my own words.***

A beautiful story of hope and camaraderie, on the most part; Mona Hodgson has brought us to the settlers of the prairies. As their trek continues amid unknown ground, they uphold each other ~ except for a few. Darkness cannot shut out the light of their journey. They band together to help in time of need.