Banished from the only home she has known, will her title be stripped from her too? Lady Alethea Sutherton is removed from Trittonstone Park, Somerset, England, by the new Earl of Trittonstone, her cousin whom has taken the title following the death of her father and brother. Displaced. Given a week to pack her lifetime of memories and few belongings that are truly hers, Alethea (al-EE-thea) readies for her move to her Aunt Ebena Garen's residence in the city, far from her country home.

It is early morning. Alethea is returning from the market way before the fashionable hour of elites stroll the streets and parks. What a morning it is turning out to be. First, catching eyes of a remembered occupant of a carriage reminding her of her beloved music; stopped on the street by a man quite aware she has a violin his employer would like to possess, and then... arriving at Aunt Ebena's, her young cousin by marriage is in attendance. Upon their first meeting, Alethea is uncertain of Miss Margaret Garen as she is idly sitting by enduring the transfer from her Aunt Nancy to Aunt Ebena. An interesting day, at best.

The introductions are done very well, and I am appreciative of the overview of the primary characters in the front of the novel. Alethea is gifted in the violin and looked down upon by society for her lack of interest in the pianoforte and harp, which she also plays, but prefers her violin bequeathed to her by her beloved mother figure, a childhood Italian neighbor. The occupants of the carriage are three of a Quartet highly musically sought and admired before war took them apart.

Prelude for a Lord shares a story of heartfelt character qualities of Bayard Terralton (Baron Dommick) and Lady Alethea Sutherton in the care and protection of his sister, Clare, and her sister, Lucy. This endeared me to them. Also, that both had been shunned and gossiped about at soirees. By lowering their esteem, those speaking lower theirs instead. The love of countryside and music is enhanced between them. I liked how Bayard's friends are so supportive of him. A Regency Era novel of inner thoughts that far outweigh the turbulence without. Very well-written and I am looking forward to other writings from this author.

Back Cover:
An awkward young woman. A haunted young man. A forbidden instrument. Can the love of music bring them together . . . or will it tear them apart? ~* Bath, England – 1810 *~ At twenty-eight, Alethea Sutherton is past her prime for courtship; but social mores have never been her forté. She might be a lady, but she is first and foremost a musician. In Regency England, however, the violin is considered an inappropriate instrument for a lady. Ostracized by society for her passion, Alethea practices in secret and waits for her chance to flee to the Continent, where she can play without scandal. But when a thief’s interest in her violin endangers her and her family, Alethea is determined to discover the enigmatic origins of her instrument . . . with the help of the dark, brooding Lord Dommick. Scarred by war, Dommick finds solace only in playing his violin. He is persuaded to help Alethea, and discovers an entirely new yearning in his soul. Alethea finds her reluctant heart drawn to Dommick in the sweetest of duets . . . just as the thief’s desperation builds to a tragic crescendo . . . 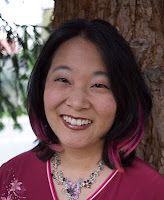 Camy Tang writes romantic suspense under her real name and Regency romance under her pen name, Camille Elliot. Her first Regency, Prelude for a Lord, releases August 5, 2014. She is a staff worker for her church youth group and leads one of the Sunday worship teams. Visit her website at camytang.com to read free short stories and subscribe to her quarterly newsletter. camilleelliot.com


***Thank you to BookLook Bloggers for Camille Elliot's Prelude for a Lord historical novel to review. This review was written in my own words. No other compensation was received.***