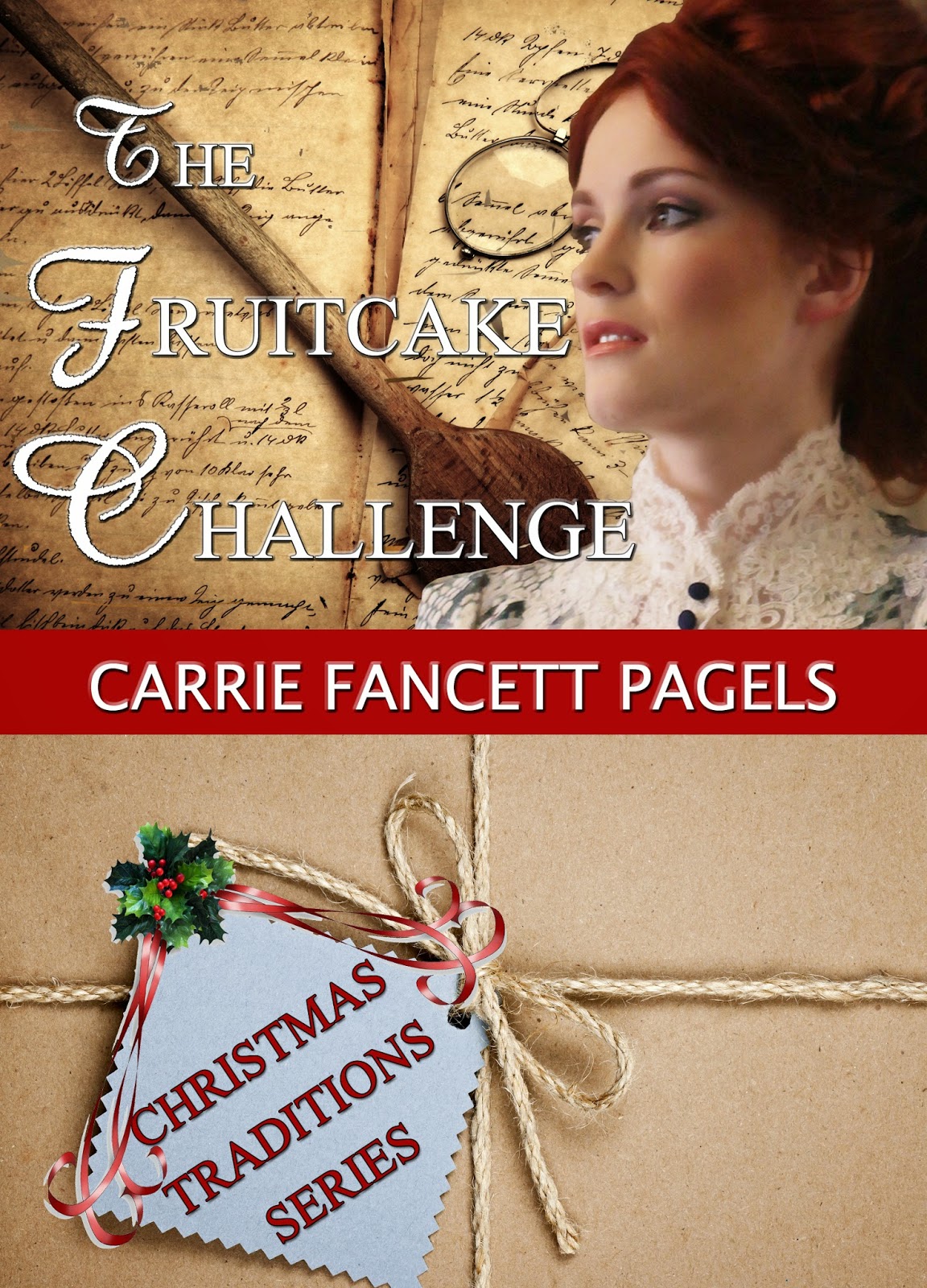 The inspiration for my heroine Josephine Christy was my mother, Ruby Evelyn Skidmore Fancett, who was a real life cook and who’d lived in a lumber camp part of her growing up years.  My grandmother, Eliza Jane Clark Skidmore, was also an inspiration because she’d been a lumber camp cook for my grandfather, who ran a lumber camp. When I’ve read other Christian romances set in lumber camps I felt the whole story wasn’t told. I didn’t sugar coat the camp experience but I did include how some camps were family camps with men just trying to make a living.
--author Carrie Fancett Pagels

My Review:
My husband's parents met at a lumber camp in Michigan ~ his mother was a camp cook and her father was the camp-boss. As enterprising young men, my husband's French father and uncle had gone to Michigan from Wisconsin to see about being sheep ranchers. God had other plans! After hearing the background for this story, naturally I was drawn to it. I was looking forward to hearing what it was like in a lumber camp. Long days of toil and being hungry for a filling meal. Knowing how cold the lakes are, I wondered how they managed to keep clean, body and clothing alike.

Can you imagine what it would be like to be the only daughter of the lumberjacks' boss with two strong brother look-outs? Unknown to Josephine Christy, that is exactly what is happening ~ except, she thinks she is unlikeable and certainly never to become a bride. She has ideas of her own to escape the Deep Woods. Her mother has passed, and a spoken of inheritance that must be distant from Jo. In the sadness of losing his wife, her father is not the jovial dear father she has known, but hidden away in his sorrow.

A new man comes to camp. He has soft hands and clean-cut looks that defy the scruffy shanty boys edging up with acceptance of their kind of rough and tumble. Hoping to garner more salary than he has in the past, Thomas Jeffries desires to send more support to his mother back in Ohio. Here is his chance in the Michigan logging camp.

One thing Tom hadn't planned on was Miss Jo. She is in the cook shanty. Glimpsing her and her set-off ways, determines him to play a little joke. He will marry the first one to set before him a special fruitcake like his dear mother prepared each Christmas.

Source
Others seem to pick up on the idea and the challenge is on. I am hoping to find a few recipes as they turn out different models, some needing to be dunking brands like I would imagine hardtack. I am not a fan of fruitcake ~ so... might be inspired by the winning recipe! My maternal grandfather owned a bakery. He died before I was born but his sons carried on ~ with one selling day-old bread and rolls because he made the full successful recipe from memory, uncertain how to pare it down. The logging camp becomes lively at dinner time awaiting the newest offering of sweets; some bringing nostalgic memories of home with the scent of Christmases long ago.

One secondary "character" I really liked was Jo's dog, Blue Dog, who changes allegiances befriending the one he had protected Jo from, and being an encouragement to Jo's dad, always ready for a head pat.

Amid hard work, a lively fiddle could be heard as dancing began in the cold winter evenings celebrating family and a serene camp.

The fruitcake challenge brings changes for the logging camp in the livelihood under the expanse of the northern sky.

***Thank you to author Carrie Fancett Pagels for inviting me to review The Fruitcake Challenge, a very fun and informative read, bringing the time alive for us. This review was written in my own words. No other compensation was received.***
Posted by Lane Hill House at 1:45 PM