Secrets of the Shetlands, Book 3 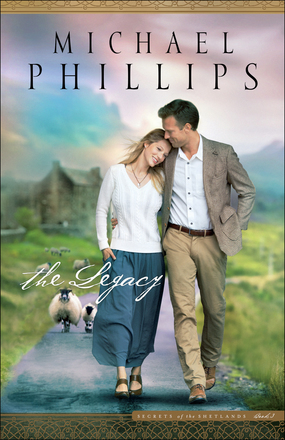 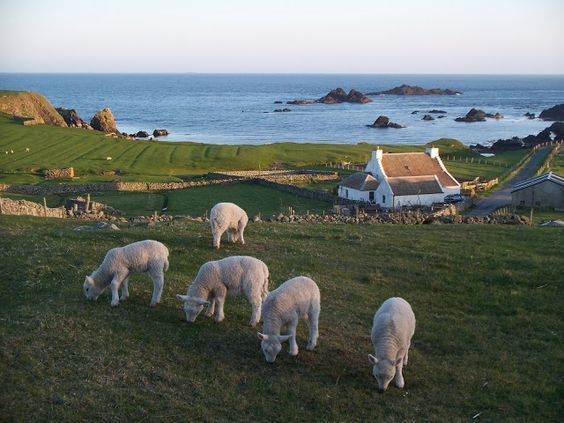 
Over the years Ernest would discover that the hunger to write one's inner biography on the hidden tablets of the heart was rare even among Christians.
At length he became more circumspect in sharing his journey with others. He realized that the hunger he felt could not be transmitted by enthusiasm or even by example. It must be birthed from within. Why such hunger had come alive in his heart in the years of his youth, when most young men were chasing much different dreams, was a mystery he had still not successfully answered. Whence came the hunger to know God?
--The Legacy, 154

This tale is so riveting, so introspective as to take it on as your own discovery of intent of the heart. I love the history recounted as it was made, the current flow of life amid the Shetlands, and the people becoming so dear. This is the third book in the series and begins with discovering the previous generations and their longings. It flawlessly brings you up-to-date with the happenings of the first two books, without interrupting the current story needlessly. For those new to the series, as well as those continuing on, there are hints to dreams of the lasting remnants the Shetland area of Whales Reef has left with them.

I am fascinated with the village life ~ the cottage shops, with the women selling their wares from their homes; the fish and chips ~fried potatoes~ served inside newspaper; the ways and livelihood continuing from generations before them, and most definitely the roles of the laird and chief handed down.

I loved the women from nowaday's Loni and the telling of her great-grandmother, Emily, as each arrival from the United States is a reckoning to the older and younger inhabitants of Whales Reef who mainly have not been away from their beloved homeland. I especially liked the meeting between Emily and the Herb Woman who includes her in a special way by inviting her into her home.

I thoroughly enjoyed the history and personage of these people from a land I will but read of in books. Very enJ*O*Yable. The painted word picture of their daily lives came alive on the page. As you may sense, I loved this series!

Overview:
Loni Ford's unexpected inheritance of substantial real estate––not to mention a title––in the Shetland Islands has caused more than a stir in the quiet fishing hamlet of Whales Reef. How is life ever to be the same with an outsider––and a woman, at that––playing such a pivotal role in the life of this conservative community? But it isn't just the locals who have deep misgivings about the current situation. Loni herself never imagined this in her wildest dreams.
What Loni is more sure of, however, is that she is falling in love––with Whales Reef, with its hardy people, with its simple, peaceful way of life, and with local chieftain David Tulloch, whose inheritance she has usurped, at least in the eyes of some.
But life in Whales Reef is not without drama. Deep rifts exist between certain lifelong residents, and when one local resident turns up dead, suspicion is cast in the direction of the island's most prominent family. How Loni and David deal with this challenge will go a long way in determining their future, and that of the quaint island community. 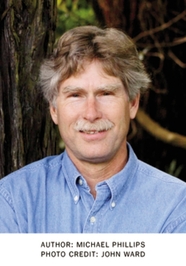 Michael Phillips has been writing in the Christian marketplace for 30 years. All told, he has written, co-written, and edited some 110 books. Phillips and his wife live in the U.S., and make their second home in Scotland.

***Thank you, author Michael Phillips and to Bethany House Publishers for my review copy of The Legacy, Book 3 in the Secrets of the Shetlands series. This review was written in my own words. No other compensation was received.***