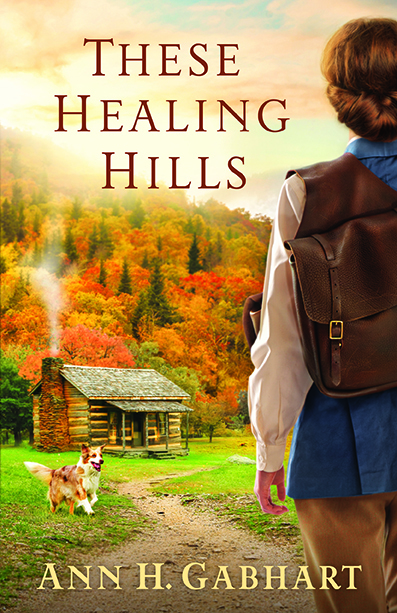 "Nobody comes here by accident."

Loved this story. Not a bedtime story because it will beckon to keep you awake reading!

Reading real slow so you don't run out of pages and then... there you are to the last sentence.

I loved this story and its star, Nurse Howard, or is it Woody's older brother returned from the war? They both are necessary to learn about themselves. Francine Howard thought she was running from, not realizing she was running to. To find her true heart's desire ~ the people of Appalachia, and the mountain air, and... her first dog, Sarge.

I loved how she discovered true importance; others ~ worthy of who she was becoming. All of the secondary characters become family! I hope many more adventures are honed in these healing hills.

***Thank you to author Ann H. Gabhart, and to the publisher for sending a print copy to me. This review was written in my own words. No other compensation beyond J*O*Y was received.***

Ann H. Gabhart is the bestselling author of several Shaker novels--The Outsider, The Believer, The Seeker, The Blessed, and The Gifted--as well as Angel Sister, Small Town Girl, Love Comes Home, Words Spoken True, and The Heart of Hollyhill series. She lives with her husband a mile from where she was born in rural Kentucky. Learn more at her website.