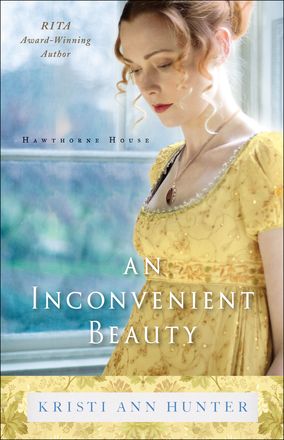 While their friendship goes way back to school days, Ryland and Griffith, young dukes, grow to manhood. Still confidants and advisors, they seek each other in decision-making. One is not so certain, as Griffith plans a methodical way to win a wife.

Missing her Northumberland home and family, Isabella longs to return to a green countryside and fresh air. She suddenly was transported to London with her Uncle Percy and Cousin Freddie with little time to consider. Go or stay. Her uncle offers to finance her family's failing farm and provide schooling for her brother. How can she refuse? Her part? To influence young men to aid a bill in the House of Lords that her uncle has been promoting for years. Simple enough. Dancing with them at stylish balls, they will come on the at-home day and be met aforehand by Uncle and persuaded to become familiar with the need for their vote.


One thing going for the Duke of Riverton is strolling with the cousins amid greenery, a definite plus for time with them. The one he has chosen has other interests, leaving the cousin who definitely doesn't want to include Griffith in the trail of men she is bringing for her uncle to concur with. I liked Frederica's urgent need for a rest, resulting in the continued walk with Isabella.

A scavenger hunt during the weekend gala planned by his mother, Griffith finds a treasure of his own. Tenacity brings him to several interesting developments as he tries to find out why he is being spurned in his attempts to courtship. I liked the concurrence of the ladies in Griffith's family in encouraging him in his selection.

To the Sovereign of all,
who has a better plan for our lives
than we could ever imagine.
Proverbs 3:5–6

The line between boy and man was never murkier than when a father died too soon, leaving his son to walk through the foibles of youth while shouldering the responsibilities of adulthood.
Though a part of Griffith, Duke of Riverton, knew that having to show his ripped paper to his housemaster wasn’t the worst thing that could ever happen, the eleven-year-old part of him seethed in anger. He fingered the tear in the top of his paper that meant the master teacher found his work inadequate. The head of his house was going to be angry.
Not as angry as Griffith was, though.
It would be better if he knew where to direct his anger. While some of it was definitely reserved for the group of upper boys who ruthlessly attacked Griffith and his friend Ryland, Duke of Marshington, there was a good bit directed at himself as well. Because of the ceaseless taunting, the snide mutterings of “As you wish, Your Grace” that rang in his ears until he heard it in his sleep, and the teachers’ delight in being able to discipline such high-ranking boys, Griffith was coming to despise the title he’d been raised to love and respect. Unlike Ryland, who had been all too pleased to obtain the title, since it meant his grandfather couldn’t torture him anymore, Griffith had adored his father and would have been more than happy not to be the duke.
He’d have given anything to be able to ask his father what he should do now, because what he wanted was revenge. The anger at the older boys, the teachers, and himself coursed through him, burning right through his normal, logical reasoning until all he wanted to do was prove that—despite his tender years—he was no one to be crossed, that he wasn’t a boy but a young man to be reckoned with.
The paper in his hand crumpled further as his fingers curled into a tight fist. He’d had very little time to work on his paper this week, given the several hours a day he’d had to help the groundskeeper as punishment for an escapade in the headmaster’s office. An escapade that he’d had no part in but the headmaster had been convinced he and Ryland had done.
Rearranging all the furniture was a fairly harmless prank, but the older boys had also riffled through the files, making changes to Ryland’s and Griffith’s marks, to make it look like they’d done it. Headmaster Heath hadn’t been pleased. Griffith’s hands were raw and his muscles hurt from the hours spent shoveling bat guano into the flower beds as fertilizer as well as from the additional household chores he’d been given.
Ryland was waiting outside the house, his arms crossed over his thin chest. Griffith towered over him, having grown enough in the past year to require having his trousers retailored twice and ordering new coats and shirts made. Another second-year boy nodded at them as he scurried into the house, not wanting to be seen with them and thereby become a target of the older boys.
“Did you find out who invaded the headmaster’s office?” Griffith shoved his already crumpled paper into his satchel.
Ryland nodded, lips pressed together. “The fifth years.”
Griffith nodded at the building behind Ryland. “From our house?”
“No. They were King’s Scholars.”
“I guess that takes care of your plan, then.” Secretly, Griffith was relieved. As much as his anger was driving him toward revenge, the idea Ryland had come up with while they shoveled manure yesterday made Griffith more than a little nervous. Sneaking into the upper boys’ room in one of the houses in town was one thing, but the King’s Scholars house was on campus.
“I say we do it.” Deep creases formed in Ryland’s forehead, causing a shadow to fall across his grey eyes. “If I hear ‘As you wish, Your Grace’ one more time, I’m liable to do something that will actually get me sent down from school.”
Griffith was inclined to agree. Though violence hadn’t been part of his life, even he was feeling the urge to hit something. The urge frightened him as much as the idea of sneaking into the King’s Scholars’ boardinghouse at night.
“I’m doing it. Tonight.” Ryland lifted an eyebrow. “Are you with me?”
Was he? He was fairly sure that his father wouldn’t approve. But his father had left him to figure things out on his own. And if Ryland did what he planned, Griffith was going to be blamed for it whether he was involved or not. Was it better to be falsely guilty or truly guilty? Either way he’d suffer the consequences. “I’m in.”
Thankfully, the trembling in his body didn’t reveal itself in his voice. He stuffed his hand down into his satchel and felt around for his paper, tracing his fingers along the edge until he could feel the tear in the top. It was his third in as many weeks. He’d come to school to learn, and that obviously wasn’t happening. No matter what he did, his life was at the mercy of the older boys, determined to have their own against a pair of young dukes while they could. Renewed anger rushed through him, trampling over his misgivings. He’d hold on to his paper until tomorrow. He might need the motivation tonight.


~*~
Griffith slept in fits and bursts, and when a yell ripped through the house the next morning, he felt as if he’d spent those few hours wrestling with his sheets instead of sleeping in them.
Shouts and curses could be heard up and down the street as boys spilled from their houses to run to Eton’s fields. Two first-year King’s Scholars were running from house to house, calling sentences that didn’t make any sense but letting everyone know something incredible had happened the night before. Griffith rode the excited wave of students, trying not to look guilty, praying he wouldn’t be sick.
There was already a crowd when Griffith, Ryland, and the rest of the boys from their house arrived at the field. Utter chaos reigned as the boys held their heads and tried to defend themselves against something they weren’t completely sure they even remembered. Ryland and Griffith were mentioned, with two boys swearing Ryland had convinced them to do it.
So the headmaster checked their shoes.
Griffith nearly swallowed his tongue as the man told him to lift one foot and then the other. He’d been working with the guano all week, but never in his own shoes. No one wanted the stuff tracked into the dormitories. He couldn’t remember if he’d stepped in any of it last night.
Lifting his feet didn’t faze Ryland, though. He managed to look somewhat resigned and a bit offended as his shoes were checked.
They were both clear, and the headmaster proceeded to lay into the boys with promises of beatings and punishments.
And he hadn’t even seen the liquor bottles yet.
One lay on the edge of the field, seemingly unnoticed by anyone but Griffith.
The aftermath of his evening escapades boiled around him, with the older boys getting hauled off, holding their heads and throwing accusatory looks at Ryland and Griffith. Unease clenched Griffith’s middle, making him glad that he had yet to eat breakfast.
If he’d taken more time to think about it, would he have followed Ryland’s lead? Griffith knew that, had the boys last night not been drunk, they wouldn’t have followed Griffith anywhere.
As much as he hoped the boys would now leave them alone, he wished there’d been another way. Surely they could have found a better way.
“I don’t get it,” Griffith whispered to Ryland as the boys were herded back toward their rooms to dress. “Why’d you make them do that?”
“That’s guano.”
“I know.”
“Fertilizer.” Ryland grinned. “Fertilizer that soaked into the grass all night. Fertilizer that they’re never going to be able to clean up completely.”
He chuckled as he threw a hand on top of Griffith’s shoulder. “That field will read As you wish until those boys graduate. And they’re the ones who put it there.”
Griffith threw one last look over his shoulder. The older boys were still looking around with confusion and in pain. One held his head in his hands and looked one step away from crying. Boys that were supposed to be the best England had to offer, brought low by liquor and a quick-thinking, crafty lad.
As Griffith topped the hill, he made a vow to himself. His father had been the perfect duke, and Griffith had a lot to live up to. If he was learning anything this morning, it was that letting his anger drive him didn’t leave him confident and satisfied in the morning. He made a vow—to himself, to God, and to his late father—that he would never put himself in such a vulnerable position again. Never would someone or something else take away his control of his own actions.
He took one last look at the crudely written words on the field. As you wish. For the past year and a half it had been a slur, a derogatory term designed to get under his skin. But now it would be his strength. He would be in control. Always.


***Thank you to Bethany House Publishers for a copy of this fourth and final book in the Hawthorne House series. This review was written in my own words. No other compensation was received.***