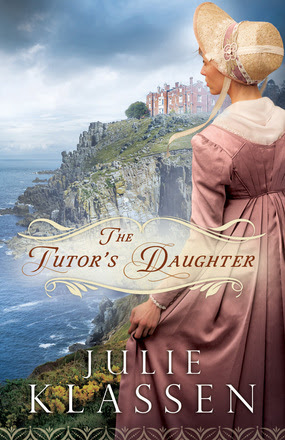 Riveting Regency From a Bestselling Author


The Tutor’s Daughter
by Julie Klassen
Among the first to pen Regency-set novels for the inspirational market, Julie Klassen is a leading voice in this exciting new genre. Her bestselling, award-winning novels are acclaimed by readers and critics alike.
With a style that is elegant and absorbing—and reminiscent of Jane Austen herself—Klassen offers another noteworthy read with The Tutor’s Daughter. Filled with page-turning suspense, The Tutor’s Daughter takes readers to the windswept Cornwall coast—a place infamous for shipwrecks and superstitions—where danger lurks, faith is tested, and romance awaits.
Emma Smallwood, determined to help her widowed father when his boarding school fails, accompanies him to the cliff-top manor of a baronet and his four sons. But soon after they arrive and begin tutoring the two younger boys, mysterious things begin to happen. Who does Emma hear playing the pianoforte at night, only to find the music room empty? And who begins sneaking into her bedchamber, leaving behind strange mementoes?
The baronet's older sons, Phillip and Henry Weston, wrestle with problems--and secrets--of their own. They both remember the studious Miss Smallwood from their days at her father's academy. But now one of them finds himself unexpectedly drawn to her...
When suspicious acts escalate, can Emma figure out which brother to blame and which to trust with her heart?

April 1817
Longstaple, Devonshire
Mr. Edward Sims leaves Smallwood Academy for the last time. In fact, he is the probable last pupil to leave. Mr. Smallwood is weary after the passing of his wife, and the dreariness of living in the household she no longer resides. He is ready for a change, but what?
Miss Emma Smallwood has pupil-seeking plans of her own, but a return offer is not what she has expected for her father, nor herself. They are invited to come to Ebford, Cornwall, to Ebbington Manor, the estate of Sir Giles Weston, along the Cornwall coast. One year! Can she manage? She will not be joining her aunt, Miss Jane Smallwood, teaching young ladies at her boarding school next door, as she had envisioned possible.

On the same day her father agreed to the terms of the lease, they received a brief reply from Sir Giles, saying he was surprised but pleased the Smallwoods were willing to accept his offer, and that they were welcome to come at their convenience.
--The Tutor's Daughter, page 25

(Why would you place an offer and then be surprised it is accepted? 'Tis likely that Sir Giles hasn't approached his wife with the plan for their sons to be tutored at home.)

Considering the cost to transport luggage, Emma realized that she and her father could reasonably take only one modest-sized trunk apiece. They would not be able to take all of their books. Not by far. She would need to select only her very favorites. With a  heavy heart, Emma began the difficult process of sorting and choosing. --Ibid, 25

A girl after my own heart!

They are not expected. How strange. Finally, Sir Weston comes to the door and bids them come in, their rooms not readied, as he has forgotten to mention he has hired a tutor along with his daughter.
Settling in, they begin teaching the twins, Rowan and Julian. Rather Emma, supportive of her father, is at his side. The teenage sons are not invested in learning, so it is interesting. It is apparent they have not had much training ~ especially in attitude.

The two older sons, Phillip and Henry, arrive home. In their youth, they had been pupils at the Smallwood Academy run by Emma's father in Devonshire previous to his coming to Ebbington Manor.

Emma hears music in the night. Hearing Phillip playing the pianoforte doesn't sound quite the same. There are other peculiar happenings seemingly awry. A strange household. She is certain someone is entering her room, leaving strange objects. Is she the only one who hears sounds in the night? Her room is at the end of a hallway away from others in the house. Henry continually played tricks on her when the brothers were at their school. Could he not have grown out of it? Lady Weston has a young ward, Lizzy, Emma is becoming friends with. She says she doesn't play well. Is it so?

Your road led through the sea,
Your pathway through the mighty waters;
Your footprints were unseen and untraceable,
You led Your people...
--Psalm 77:19-20

Developing friendships, Emma's life is being restored. Mrs. Weston may think Emma is just the tutor's daughter, but she is known differently. She is dynamic. She is alive. No station in life can hamper the heart!

The book cover has raised type. Running your hand along it, you could locate it in the dark! I really like how quotations are placed above the chapter headings, reflecting content.

The Cornish Peninsula ... that old death trap of sailing vessels, with its fringe of black cliffs and surge-swept reefs on which innumerable seamen have met their end.
--Sir Arthur Conan Doyle

This family has hidden secrets of its own. Silent stiffness entertains worry of being observed.


It is against the sometimes shadowy backdrop of upper and middle class elegance that the real drama of life in Cornwall--red blooded, crude and vigorous--is enacted.
--R. M. Barton, Life in Cornwall in the Early Nineteenth Century

Reading in this Regency period (early 19th century England), makes me want to open antiquated prose and sit out on the porch (howbeit, a little chilly these days!). Also as I read, I am wanting to know the man's story ~ the one both Emma and Lizzy meet on the rocky beach. 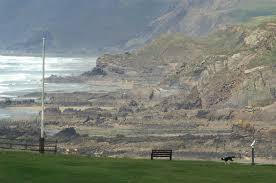 *** Special thank you to Litfuse Blog Tour for sending me a copy of Julie Klassen's The Tutor's Daughter in exchange for a review in my own words. No other compensation was given to me. ***


Julie is celebrating by giving away one of the new Paperwhite Kindles, Downton Abbey (season 3) and hosting a fun Author Chat Party on Facebook. (January 31st)

One fortunate winner will receive:
Enter today by clicking one of the icons below. But hurry, the giveaway ends on January 30th. Winner will be announced at "The Tutor's Daughter Author Chat Party on January 31st. Connect with Julie, get a sneak peek of her next book, try your hand at the trivia contest, and chat with readers just like you. There will also be great giveaways - gift certificates, books and season 3 of Downton Abbey!

So grab your copy of The Tutor's Daughter and join Julie on the evening of the January 31st for a chance to connect with Julie and make some new friends. (If you haven't read the book - don't let that stop you from coming!)

Don't miss a moment of the fun, RSVP today. Tell your friends via FACEBOOK or TWITTER and increase your chances of winning. Hope to see you on the 31st!

I have loved Julie Klassen's previous books. Each of her writings can be read as a stand-alone. You will enjoy each of these stories, as well: Lady of Milkweed Manor; The Apothecary's Daughter; The Silent Governess; The Girl in the Gatehouse; and The Maid of Fairbourne Hall.

Julie Klassen loves all things Jane--Jane Eyre and Jane Austen. A graduate of the University of Illinois, Julie worked in publishing for sixteen years and now writes full time. She has won the Christy Award: Historical Romance for The Silent Governess (2010) and The Girl in the Gatehouse (2011) which also won the 2010 Midwest Book Award for Genre Fiction. Julie and her husband have two sons and live in a suburb of St. Paul, Minnesota. For more information, visit www.julieklassen.com