The Dilemma of Charlotte Farrow, Book 2 of the Avenue of Dreams series, by Olivia Newport, ©2013

Sheets flapped in the wind above an empty basket, and Sarah was nowhere in sight. With a sigh, Charlotte reached for the first clothespin and began to pull the sheets off the line.
“Charlotte!”
Charlotte stilled her hands. Had she actually heard the hoarse whisper? That voice should not be on Banning property. Gasping in recognition, she spun around, a sheet draped over her shoulder. Out of the shadows against the courtyard wall stepped a middle-age woman holding a baby.
“Mrs. Given! What are you doing here?”
“I’ve been waiting for almost thirty minutes, hoping you would come out. He was sleeping, but now he’s awake and I don’t think I can keep him quiet. I was about to give up and knock at the back door.”
Shock swelled through Charlotte as the little boy’s hands reached for her eagerly. Swiftly she wrestled out of the sheet across her shoulders, dumping it in the basket, and took the baby in her own arms. She cooed in a low voice to keep him quiet. Looking up again, she whispered, “Mrs. Given, what’s going on?”
“I have to leave town.” The older woman stuffed the baby’s quilt and a small bundle in Charlotte’s arms. “I have to go right now.”
“But what about Henry? I can’t keep him here. You know that.”
Mrs. Given covered her eyes with one hand as her shoulders heaved once. “I have a family emergency. I truly have no choice. I can’t take him, and I have to go. You’ll have to work something out. I’m sorry I couldn’t bring more of his things, but it was too much to manage on the streetcar.”
Charlotte held the child tightly, wrapping him in the quilt he loved—her grandmother’s quilt. He snuggled happily against her chest, tucking his head under her chin in his favorite way.
“You know I cannot have him here!” Charlotte’s eyes moved from left to right, scanning the courtyard. “Mr. Penard will dismiss me if he discovers I have a child.” Without Lucy, Charlotte had no advocate. “What about your neighbor? Doesn’t she sometimes help you watch him?”
“For an hour or two,” Mrs. Given answered, “but I can’t ask her to take on the care of a child when I don’t know when I’ll be back—or even if I’ll be able to return.”
“Please, Mrs. Given—”
The woman was resolute. “I’ve had two telegrams saying that I must come now. My sister wired the fare this morning. I’m sure St. Andrew’s will take the boy, but I don’t have time to see to that for you.”
“You know I don’t want him at St. Andrew’s. That’s why he’s with you.”
“I’m sorry. I have to be on the next train to Omaha.” Brushing a strand of gray hair out of her face, Mary Given softened. “He’s a lovely child, Charlotte, and you’re a devoted mother. You’ll always do what’s best for him.”
Within a few seconds, Charlotte was left standing in the courtyard with a laundry basket at her feet and an eleven-month-old boy squirming in her arms. Suddenly feeling weak, she set her son in the basket and watched absently as he pulled a corner of the sheet over his head and giggled. Her knees trembled. Uncertain they would support her slight weight, Charlotte crouched next to the basket and laid her hand on the child’s feathery brown hair.
A shadow crossed her vision. Sarah.
“Where did that baby come from?” the girl demanded to know.
***
The Dilemma of Charlotte Farrow
By Olivia Newport
978-0-8007-2039-1
Paperback 320 pages
Pub Date: January 2013

Enter the world of Chicago’s wealthy class in 1893, from the vantage point of a servant. Charlotte Farrow is the maid for the prominent Banning family, and must make a difficult decision when a secret comes to light.

And so begins Charlotte's new adventure. For almost a year now, Charlotte saw her son every Thursday and every other Sunday afternoon on her time off. Now what would become of them? Having a known child would put her out of her position with the Bannings. Fortunately, they are not home from their holiday at their lake house. It is August and the Bannings have taken most of their staff with them for their month away from the sweltering heat of the city. What is she going to do? She is to direct Sarah, the new girl, in kitchen duties before Mrs. Fletcher, the Cook, returns. Sarah has been leaving things half done; out of neglect or lack of understanding in the hurried few days she has been here? And Mr. Penard, the household butler, is the overseer of the staff. How will little Henry be explained to him?

Sarah runs ahead to tell Penard that they have found a baby outside in the laundry basket. Upon the soon return of the Bannings, what is to become of this child? Will Charlotte confess he is her son, or will the family decide where to place him?
The story is set with the background of the Chicago World Fair. Family members come to visit this 1983 spectacular World's Columbian Exposition so the house is bustling from within and without. Everyone on schedule; those serving and those being served. Tourists come to gawk at the opulent Prairie Avenue homes from the public sidewalk. Can you imagine being in your home and having people pointing and staring, hoping to see you exit? Still today, neighborhoods are toured without a thought that there are people inside.

The Banning house jutted out at angles that surrounded three sides, and a passage accommodating delivery carts. Clearly the brick used on this view of the house was less expensive than the stone walls facing Prairie Avenue, but Charlotte savored the enclosure. Something about it felt safe. The family spent little time outside. The winters were too cold, and in the summer they escaped to the lake house. Certain the Bannings would not step into the rear courtyard, Penard allowed the staff to set out pots of flowers and enjoy the lush patch of grass. Charlotte often lingered outside in the evening to inhale the night air before retiring to her stifling third-floor room.
--The Dilemma of Charlotte Farrow, 14-15

I read the entire book into the early morning, as Charlotte sorts this out. Having to watch her son being jostled from one person to another, as the Banning nursery floor is reopened. Having him called by another name, she dare not whisper his name aloud or give him extended eye contact. The depths love does to keep him safe.
Charlotte goes to the fair to confront Henry's father, finding him at the feared Ferris wheel. I am with Charlotte. That makes me queasy too. Especially this original one, so different from the swaying seats of today. Look at the width of this glass-enclosed wheel.


Charlotte had heard enough accounts in the last few months to know that the view from the top of the wheel was breathtaking. Passengers more courageous than she was enjoyed vistas of Lake Michigan along with surrounding states of Wisconsin, Indiana, and Michigan. Even on a cloudy day, much of the excitement was simply in the ride itself.
Yet it terrified her. The thought of stepping into one of the cars, with plate glass windows all around, made Charlotte queasy--even without imagining the sensation of lifting off the ground and swaying in the air.
--Ibid, 232 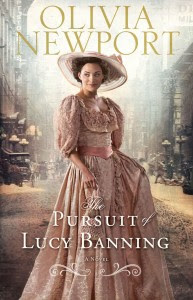 The Pursuit of Lucy Banning
Book 1 of the Avenue of Dreams series
Revell Books, May 2012

Lucy Banning may live on the exclusive Prairie Avenue among Chicago’s rich and famous, but her heart lies elsewhere. Expected to marry an up-and-coming banker, the son of family friends, Lucy fears she will be forced to abandon what matters to her most—her work at the orphanage and the classes she is secretly taking at the newly opened University of Chicago.
When she meets Will Edwards, an unconventional young architect working on plans for the 1893 World’s Fair, Lucy imagines a life lived on her own terms. A new young maid brings her own secret to the Banning household, and Lucy must choose between deeply held values.
Can Lucy find love and live out of her compassionate heart? 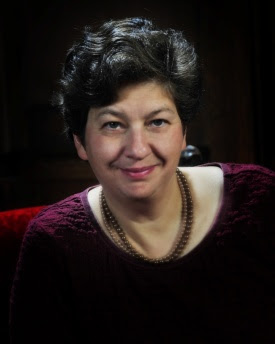 "I love writing historical fiction because the stories themselves rise out of well-documented events and personalities. An urban setting like Chicago provides myriad historical trails to explore and opportunities to imagine how events in the newspapers of the time would have impacted the lives of ordinary people. I never get tired of it."
--author Olivia Newport

Before reading The Dilemma of Charlotte Farrow, I read information about this time period in Chicago and discovered I have been inside one of these buildings, several times.

"Although the Palace of Fine Arts had a plaster facade like the other buildings in the White City, it was the lone building with a brick underbelly. Consequently, it is the only White City building standing today. Housing first the Columbian Museum and then Chicago’s Field Museum, the Palace eventually became the home of Chicago’s Museum of Science and Industry. Recast in limestone during the 1930′s, the museum continues to be one of Chicago’s premier attractions."
--http://newsburglar.com/2008/10/09/chicagos-worlds-fair-the-remains-of-the-day/

~*~ ~*~ ~*~
Revell, a division of Baker Publishing Group, offers practical books that bring the Christian faith to everyday life. They publish resources from a variety of well-known brands and authors, including their partnership with MOPS (Mothers of Preschoolers) and Hungry Planet.
Thank you to Revell Blog Tour Network Historical Fiction for inviting me to be part of this tour in exchange for a review in my own words. No other compensation was received. The Dilemma of Charlotte Farrow by author Olivia Newport is now available (January 2013) at your favorite bookseller from Revell, a division of Baker Publishing Group.

Avenue of Dreams series, Book 3, The Invention of Sarah Cummings, releases in September, 2013!
Posted by Lane Hill House at 3:12 PM