This cover has him too cleaned up! Carl Richards leaves his aristocratic life and name behind to join the very ones his father had lorded over. The other side of the fence holds hard work and calloused hands, and feelings he had never experienced.

Carl is sent by the man who had lovingly looked after him from his childhood to the man's brother in America. He is unaware he is expected as a mail-order groom. Instead he comes as the stand-in until a cousin, Dirk, is available to come and claim his bride. Carl comes not as the groom, but as the worker to help save Annalisa Werner's farm from being forfeited, and to save his hide.

Annalisa Werner does not expect love but survival. To this end, she needs a husband to look after her interests. Steadfastly determining at all cost to save her land, she unwaveringly works hard to preserve what she has.

Through trial of drought, fire, an epidemic, and threats by a mill owner to take over her land, she and Carl work together to salvage crops and hope for the return to enable Annalisa to pay for her loan coming due soon. When the bridegroom comes, he will be free to leave; but will his heart be free?

I loved this story!! So detailed and sure, Carl learns what it is like to really live and to recognize the struggle the immigrants have coming to their New World. They are no longer under the barrenness of servitude in their Old Country. They bring their old customs and traditions with them; some very hard to bear. Both protagonists are strong in their beliefs. Hopefully, both will discover they have been watched over by the only One who can protect them.


For I know the plans I have for you, declares the LORD, plans for welfare and not for evil, to give you a future and a hope.
--Jeremiah 29:11

Recently widowed Annalisa Werner has the feeling her husband was murdered but can’t prove it.
Alone with her young daughter in 1881 Michigan, she has six months left to finish raising the money needed to pay back the land contract her husband purchased, and the land is difficult to toil by herself. She needs a husband. With unmarried men scarce, her father sends a letter to his brother in the Old Country, asking him to find Annalisa a groom.
For nobleman Carl von Reichart, the blade of the guillotine is his fate. He’s been accused and convicted of a serious crime he didn’t commit, and his only escape is to flee to a small German community in Michigan where he’ll be safe. He secures a job on Annalisa’s farm but bumbles through learning about farming and manual labor.
Annalisa senses that Carl is harboring a secret about his past, yet she finds herself drawn to him anyway. He’s gentle, kind, and romantic–unlike any of the men she’s ever known. He begins to restore her faith in the ability to love–but her true groom is still on his way. And time is running out on them all. 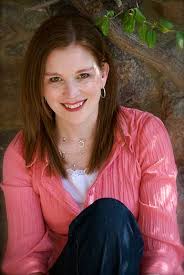 About the Author
Jody Hedlund is the bestselling author of The Doctor's Lady, The Preacher's Bride, and Unending Devotion. She won the 2011 Inspirational Reader’s Choice Award, the 2011 Award of Excellence from the Colorado Romance Writers, and was a finalist for Best Debut Novel in the 2011 ACFW Carol Awards. Currently she makes her home in central Michigan, with her husband and five busy children. She loves hearing from readers on Facebook and on her blog at JodyHedlund.com.

Thank you to Litfuse for inviting me to participate in this blog tour for Jody Hedlund's A Noble Groom! I thoroughly enjoyed reading and reviewing the copy sent to me. No other compensation was received.

Jody Hedlund is celebrating the release of A Noble Groom by giving away a Kindle Fire and hosting a Facebook Author Chat Party {5/8}!

One "noble" winner will receive:
Enter today by clicking one of the icons below. But hurry, the giveaway ends on May 7th. Winner will be announced at the "A Noble Groom" Author Chat Party on May 8th. Connect with Jody, get a sneak peek of her next book, try your hand at the trivia contest, and chat with readers just like you. There will also be many fun giveaways -- gift certificates, books, and more!

So grab your copy of A Noble Groom and join Jody on the evening of May 8th for a chance to connect and make some new friends. (If you haven't read the book, don't let that stop you from coming!)

Don't miss a moment of the fun, RSVP today. Tell your friends via FACEBOOK or TWITTER and increase your chances of winning. Hope to see you on the 8th!