The final copy of Though My Heart Is Torn is here! I read and reviewed the Advance Reader Copy in December and loved it so much, I wanted to bring it to your attention again!

Author Joanne Bischof brings her characters to life in this second continuing novel after Be Still My Soul. Gideon has himself in a pickle again. He trusts that his love for Lonnie finally is apparent to him and he is on the right road to be the husband and father he desires to be. Long ago he has left behind his arrogance and self-serving, to open his heart to her. Safe.

They are called back home by Lonnie's dad and they are eager to bring their little boy and introduce him to their families. But all is not as it seems. Upon their arrival there seems to be a mix up! Legal papers that Gideon trusted were filed, were not. He signed them, so as far as he was concerned, it was not necessary to bring it up.

For those of you who have read Be Still My Soul, do you remember the young lass giving Gideon the eye? Lonnie has just gotten up to sing in place of her ma and Gideon is in the musical group who is accompanying her. Quite the mandolin player, he is. Cassie. That's her name. But... she has his last name too.

What would you do if my heart was torn in two

What would you say if I took those words away

What would you do if my heart was torn in two

What would you say if I took those words away

“Git on up!”
The horse scaled the steep slope. The clop, clop of his shod hooves and the creaking of leather were the only sounds to be heard. They scaled the hill and the land leveled out into a broad, flat valley. Gideon glanced around. Nothing but open land for miles. He pulled his hat off and used it to shove his hair back before settling it into place. He moved the mount along a stand of trees, the road beneath him unfamiliar. Untested.

And the urge to run hit him like a blow to the chest.
His eyelids nearly fluttered closed. A handful of days and he could be at the Bennett’s door. Lonnie’s familiar form in his arms. Her scent. Her tears. His hand gripped the reins tighter when a burn threatened to clamp his throat shut. His son.
Gideon gently tapped his worn-out boots into Abel’s side, and the horse broke into a trot. A tumble of clouds shifted in front of the sun. The air cooled. He tugged his coat tighter, the oilcloth smooth in his fingers. Moments passed as light danced with shadow before the sun broke free. It hit Gideon’s face in a burst of warmth, and he tilted his chin up, wishing he could ride toward it.
Ride toward it and never stop.
Not until he reached his bride. And in her hands he could place the tattered remains of his heart. For she was the only one who could mend it.
--Though My Heart Is Torn, 170-171

More Info About This Book

Gideon O’Riley has two wives—but he doesn’t know it.

Settling into a simple life in the majestic Blue Ridge mountains, Lonnie and Gideon O’Riley have finally found happiness after the rocky start to their marriage. The roguish bluegrass musician has fallen in love with his gentle wife and the God she serves, and Lonnie rests secure in his tenderness for her and their young son. A heartless ruse interrupts their peace, bringing them back to Rocky Knob—and forces them to face the claims of Cassie Allan, a woman who says she is Gideon’s rightful wife.

As Gideon wades into the depths of his past choices, Lonnie is stunned by the revelations. She has no choice but to navigate this new path, knowing that surviving the devastating blow will take every ounce of strength she has.

While Gideon’s guilt and his bitterness towards Cassie threatens to burn up his fledgling faith, Lonnie wrestles to find the courage to trust the God who brought them together in the first place. Will their hard-earned love be able to conquer all?

Lonnie only wanted her husband’s love. Now that he belongs to another, can she surrender Gideon to a God with a bigger plan?

I Have a Shelter ~

Sneak Peek to Though My Heart Is Torn http://waterbrookmultnomah.com/blog/2013/01/09/sneak-peek-though-my-heart-is-torn-by-joanne-bischof/ Chapter One
Read Chapter One

Married to her first sweetheart, Joanne lives in the mountains of Southern California where she keeps busy making messes with their home schooled children. When she’s not weaving Appalachian romance, she’s blogging about faith, writing, and the adventures of country living that bring her stories to life.

Snippets from Joanne
From moments that are joyous to moments that are bittersweet and even in the midst of a broken heart, with paper and ink as my medium, I write to illustrate love—the gift that was given to us by the One who loves the most.

I have rejoiced through countless blessings–my amazing children, a husband that I adore, and the privilege to write every day.

Like so many others, I have experienced the full spectrum. I know what it’s like to be so completely broken, I didn’t know if the sun would truly rise the next morning. But I felt God move in a miraculous way. A way that forced me to leap into His waiting arms. A place where safety and peace reign.

I’ve experienced the abundant mercy of Christ when he reached down, picked me up, and held me until the tears subsided. I’ve encountered the promise that out of brokenness springs new life. And in that new life, I discovered the overwhelming urge to rejoice and praise the God who saves.
The God who was, who is, and who is to come.

We all have ways of bringing offerings to His feet. Words and the telling of story are one of those gifts that I lay down. It is my constant prayer that they honor and please Him. It’s my desire to write about characters who have nowhere else to go but up. About characters desperate for God’s strength, mercy, and forgiveness.

When I’m not writing, I’m hanging out with my kids. Our family has decided to go the home schooling route so between coloring projects, letters, numbers and scrubbing down short, muddy humans after a romp in the back yard, I love to read, garden and do anything creative. Whether it’s in the kitchen, yard or some type of art project, I tend to be a whirlwind as I go about life, changing my mind on what I’m into from week to week, driving my local library crazy with all the books I check out on soap making, rug braiding, how to train a goat (kidding). My dad used to call me the “mess maker” and thoroughly warned my husband before our wedding day. My wonderful husband, who’s a total neat freak, follows me around with a trashcan and dust buster. 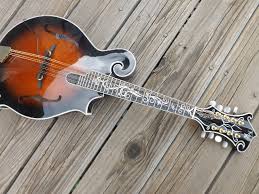 ~*~ Upcoming Release ~*~
My Hope Is Found available for pre-order