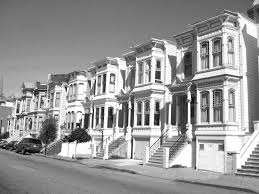 The Irish in California ~ Here We Come!!


love built on faith can set a heart free
~*~"Always remember," Nana would say, "life is an adventure and every day a fresh start ... especially with God by your side."
--Ibid., 15

No way! Cassie is barely off the train, and Blake, her cousin Alli's brother is the Blake that is the friend of Mr. Pretty Boy?? What coincidence is that! Wait until Blake brings him home for dinner!

First, for you to know, Cassie has come from her home in Humble, Texas, being spurned (she would have liked to have spurred him!) by her fiancé, sending her off with her boots and lasso to her aunt Cait's in California ~ with plans to stay beyond the summer this time. She and cousin Alli have graduated and join the dream to be teachers to the under-trodden of Barbary Coast with Aunt Cait, Alli's mother.

WOOOOOOOoooooo!!!! I am right! Wonder if she will be able to swallow and eat like the true woman she is! Mr. Pretty Boy is on his way to her welcome dinner at Aunt Cait's.

Both Jamie and Cassie come from a torn past. Cassie with a failed relationship that she trusted, and Jamie with an accident that he feels responsible for. Both have deep qualities for caring and relevance. Cassie trusts God with her life; Jamie blames. I felt like their physical relationship was too stressed and misplaced the story. 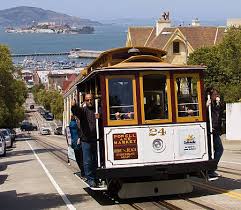 "Heart of San Francisco" Series:
From the glitter and glamour of San Francisco’s Nob Hill and Napa wine country, to the seedy dance halls and gambling dens of the Barbary Coast, “The Heart of San Francisco” series is a study in contrasts between the haves and have-nots, and barriers between rich and poor that only faith can transcend.
The story of the McClares, a wealthy political family in 1902 San Francisco, not only highlights the struggles of faith and heart of three cousins, but of the matriarch of the family as well, Caitlyn McClare. A widow of strong faith and beauty, Caitlyn butts heads and hearts with her handsome brother-in-law Logan McClare, the fiancé who betrayed her before she married his brother. In a breathtaking city where the Irish were predominant in the early 1900s and wielding power in both politics and wealth, the story of the McClares is a glimpse into beauty and degradation, poverty and promise during a riveting time in our nation’s history.

Book 1 ~ Love at Any Cost, "The Heart of San Francisco" Series


He's looking to take care of his familly. She's looking to take care of her heart. Trouble is ... love's looking to take care of them both.
Jilted by a fortune hunter, cowgirl Cassidy McClare is a spunky Texas oil heiress without a fortune who would just as soon hogtie a man as look at him. Hoping a summer visit with her wealthy cousins in San Francisco will help her forget her heartache, Cassidy travels west. But no sooner is she settled in beautiful California than Jamie MacKenna, a handsome pauper looking to marry well, captures her heart. When Jamie discovers the woman he loves is poorer than he is, Cassidy finds herself bucked by love a second time. Will Jamie discover that money can't buy love after all? And can Cassidy ever learn to fully trust her heart to a man?

If you are going to venture around town, you will want to become acquainted with some of the places worth seeing, except for the underground ones!

And to have a few bills and coins in your handbag.

Jamie and Cassidy are going to find out ~ we hope! ~ that jingling a few coins will not be where their wealth will appear.


But lay up for yourselves treasures in heaven,
where neither moth nor rust doth corrupt, and
where thieves do not break through nor steal:
For where your treasure is, there will your heart
be also.
--Matthew 6:20-21

***Thank you to Revell Blog Tour Network Historical Fiction for sending me a copy of Love at Any Cost by Julie Lessman to review in my own words. No other compensation was received.***