The Message on the Quilt ~*The Quilt Chronicles*~ by Stephanie Grace Whitson, ©2013

Book 3 in The Quilt Chronicles ~ Return to historic Nebraska for the stunning conclusion to The Quilt Chronicles. When Emilie Rhodes convinces her newspaper editor father to assign her to interview the speakers at the 1890 Chautauqua series, she meets and falls in love with “The Man of Many Voices.” But Noah Shaw’s professional life is only one reason he’s in Nebraska. Noah is on a quest to find answers. . .but will a treasured quilt bear a message of brokenness—or hope and healing?

1890 Beatrice (Be-a-trice), Nebraska. Crossing the Big Blue River bridge, Emilie Rhodes and her three cousins go to the Chautauqua grounds to practice their music for the opening events on the Tabernacle stage. The four girls are going to rent their own tent this year rather than stay in their mothers' cottages. High adventure. It begins as Emily screams upon discovery of a seasonal cottage resident.


When the stranger rumbled that things were "all right," Emilie backpedaled away from him, nearly tripping off the edge of the porch. He reached out to catch her lest she fall. She waved him off and pointed at the open door. "S-s-snake."
The stranger stepped to the doorway and peered in. "It's just a bull snake."
--The Message on the Quilt, 52

Noah Shaw has come as an orator at the summer Chautauqua gathering. He also is wanting to find out about the stories embroidered in the quilt his mother had given him. 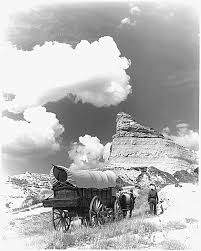 She dwelt among the untrodden ways
Beside the springs of Dove,
Maid whom there were none to praise
And very few to love:

A violet by a mossy stone
Half hidden from the eye!
---Fair as a star, when only one
Is shining in the sky.

She lived unknown, and few could know
When Lucy ceased to be;
But she is in her grave, and, oh,
The difference to me!
--William Wordsworth (1770-1850)


Emilie Jane has been a writer enjoying the craft and expression of events surrounding her. As she interviews and writes Ten for Ten of the speakers at this year's Chautauqua festivities, she uses the pseudonym E. J. Starr as her byline.


Father took them and glanced at the heading. "Ten for Ten?"
"Ten questions for ten speakers over the ten days of Chautauqua."
Father's eyebrows shot up. "That's a very good hook."
--Ibid., 107

Emilie Rhodes' father is Editor in Chief of the Beatrice Daily Dispatch newspaper. She is wanting to be acknowledged for her own writings.

I really cared about the story of this summer of discovery, especially Noah's. The supportive characters were really enjoyable and the activities that took place on these summer days. It was like traveling with the families and the community as they experienced the Chautauqua assembly, and by those coming by rail. Each book in this trilogy may be read as a stand-alone. I liked the involvement in each other's lives in these stories.

Stephanie Grace Whitson, bestselling author and two-time Christy finalist, pursues a full-time writing and speaking career from her home studio in southeast Nebraska. Her husband and blended family, her church, quilting, and Kitty--her motorcycle--all rank high on her list of "favorite things."

***Thank you to author Stephanie Grace Whitson for her series The Quilt Chronicles, and to Barbour Publishing for sending me a copy of the third book to read and review. No further compensation was received. I thoroughly enjoyed and recommend each one.***


Stephanie, this third novel touched me personally. The Message on the Quilt took me down memory lane as I remembered a dear friend I met at work as a young woman. An elegant, delightful family, they received me and my small children into their home anytime. Their father was a geologist. They always will be memorable to me, especially because of the respect given. Once when the grandmother was visiting, she sewed a summer top and bloomer set for my daughter just by glancing at her size. After moving away, we exchanged letters. In later years, my husband and I drove to see her at a conference she was attending, and visited her while she was caring for her mother. As it turned out, she passed away before her mother. They were very giving and caring and have always stood out to me. I honor the memory.
Posted by Lane Hill House at 12:25 AM