When a doctor who attracts danger falls for a cook determined to make it on her own, there's going to be trouble in Texas!

November, 1868. Dr. Darius Riker met recently widowed Glynna Greer when he was going out to the ranch in Swept Away, Book 1. Unfortunately, it wasn't how he would have liked the meeting to begin when her husband was killed leaving her and her two children alone now. On the way to town to take her belongings, a rockslide comes down around them. Could it be retribution for the confrontation with the aid of the Texas Ranger over regaining the Stones' S Bar S ranch from Flint Greer and his men?

With Glynna Greer and her two children moving to Broken Wheel, hopefully they will be out of danger. Friends of Luke and Ruthy Stone are helping with her move, the same ones who came to help him regain his Texas ranch stolen by Greer. The Regulators stick together.

It is now shortly after Greer's death. His widow is going to reopen a diner in an abandoned house in town to provide for her family. She has turned out to be a doctor's helper as well, as she stitches up Dare Riker's shoulder injured during the rockslide along the narrow trail. 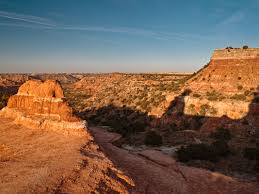 Hearing Luke Stone had returned to his land, Red Wolf comes for help. His Kiowa people have contracted measles through contact trading with the whites. Their winter camp is near the buffalo grounds. Luke was friends with Red Wolf and others his age as boys. Many had left and others had died with pneumonia and encephalitis compounded with measles. While attending to the Indian children, Dr. Riker comes to relieve Glynna and her son Paul while they eat and get some sleep. They are applying poultices and giving willow bark tea, along with cooling fevered bodies. Glynna came as a mail-order bride with Paul and his younger sister, Janny. Paul makes it clear of his intent to protect his ma from male attention.

Before even opening the diner, firewood, meat, potatoes and other supplies show up at her back door. Cowpokes eager for a home cooked meal may need to overlook burned biscuits and scorched beans. Likely, Dr. Riker is going to need to stock up on bicarbonate of soda as he tends to her less than successful cooking skills with the patients she will unknowingly send him.

His foot hit the bottom step on his way up to the board sidewalk that led to the diner just as black smoke billowed out its front door, followed by a herd of cowboys running out, coughing, and covering their mouths.
The diner had only been open a few minutes.
Well away from the building, Tug Andrews, who owned the general store, yelled, "Let us know when the smoke clears, Mrs. Greer. We'll wait."
--Fired Up, 89

Come to Broken Wheel, Texas, and join the Regulators, Dare, Luke, Vince, and Jonah. A new cook comes to town, and the reverend's baby sister. Change is coming. Fun to be enjoyed. 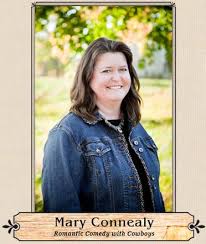 ***Thank you to Litfuse Publicity Group for sending me a copy of Mary Connealy's Fired Up for this blog tour. This review was written in my own words. No other compensation was received.***

Fired Up! Enter to Win a Kindle Fire HD from Mary Connealy and RSVP for her Live Webcast Event!

Mary Connealy is back with the second book, Fired Up, in her Trouble in Texas series, and she's celebrating with a Kindle Fire giveaway and a LIVE author chat party on October 8th.

One winner will receive:
Enter today by clicking one of the icons below. But hurry, the giveaway ends on October 8th. Winner will be announced at the "Fired Up" Live Webcast Event on October 8th. Connect with Mary for an evening of book chat, trivia, laughter, and more! Mary will also be taking questions from the audience and giving away books and fun gift certificates throughout the evening.

So grab your copy of Fired Up and join Mary and friends on the evening of October 8th for a chance to connect and make some new friends. (If you haven't read the book, don't let that stop you from coming!)

Don't miss a moment of the fun; RSVP today by signing up for a reminder. Tell your friends via FACEBOOK or TWITTER and increase your chances of winning. Hope to see you on the 8th!